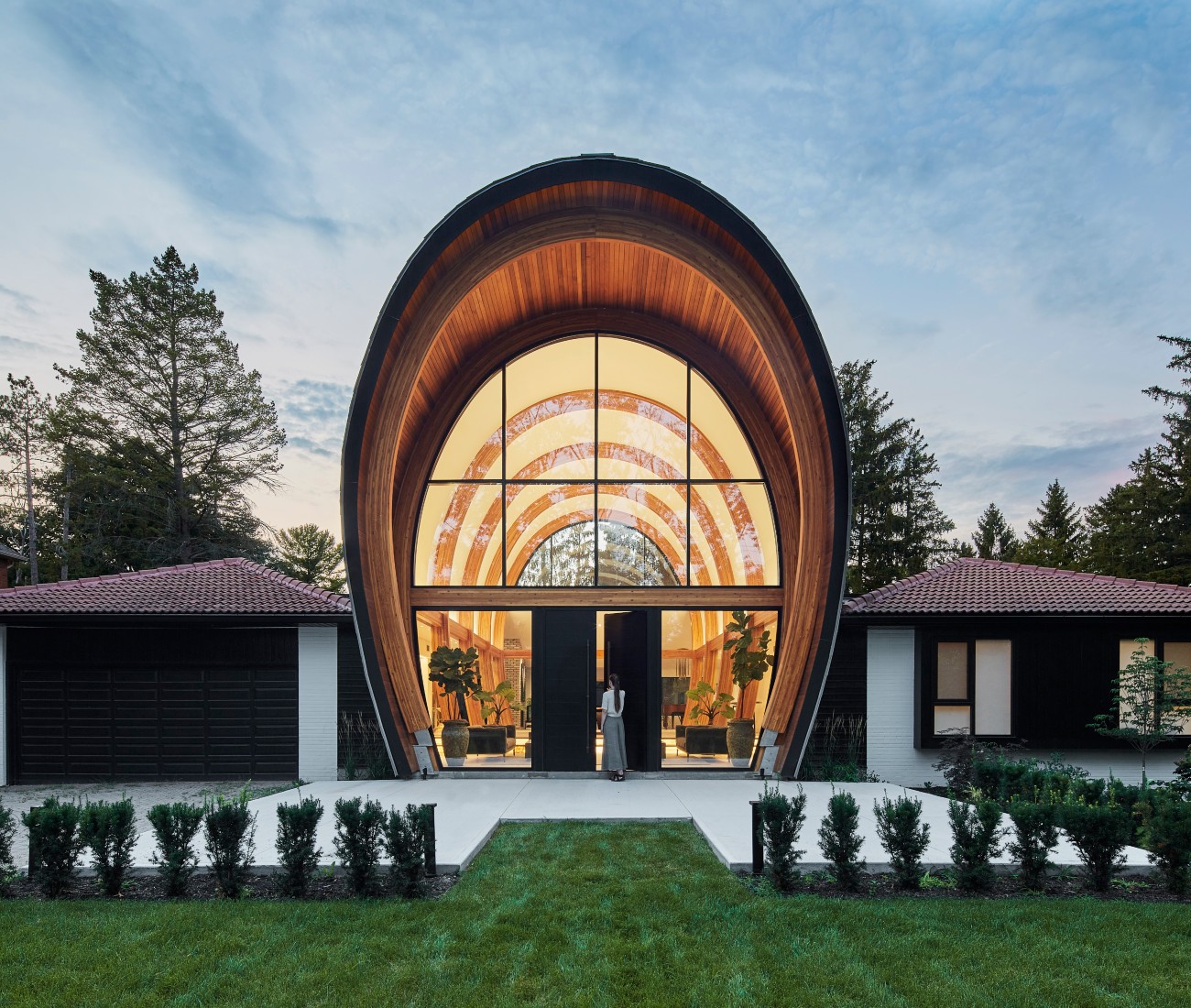 With some variation, home additions in the GTA abide by an uncluttered, right-angled consensus that integrates with little fuss into the city’s Victorians, craftsmans, bay-and-gables and other styles that define the residential landscape. Not every home is made to typical Toronto spec, though, and so demand a unique approach. Case in point, this airy, hacienda-style bungalow in west Mississauga. In need of a thoughtful intervention, the owners approached Will Hudson, principal of Hudson Architecture.

He wasn’t the first to re-imagine the space, though. With two sprawling wings enclosing a central courtyard, the owners wanted to unify the interior with a central addition that wouldn’t sacrifice the expansive views of their tree-lined lot. They rejected the first proposal, a tiered set of volumes designed in that amenable Toronto style, so Hudson proposed the opposite: an arcing, double-height atrium, one open enough to blur the line between outside and in – and quite unlike anything else in the city.

The dramatic intervention is built on a spine of broad glulam beams, each craned in place then balanced and secured against its counterpart. The first set of ribs are canted forward creating a portico that’s enclosed by narrow planks of cedar that partially continue into the interior, while the second set frames broad aluminum windows. The views are expansive and encumbered only by the front door, while the sturdy frame provides a chalet-like aesthetic flourish. Powder-coated steel tiles arranged in a scaled “snakeskin” pattern clad the roof and provide a striking contrast with the home’s original clay roof.

As one might expect, pairing an unconventional intervention with an unconventional home produced results Hudson didn’t fully anticipate. While the views and natural light were a central focus of the project, the front-to-back transparency nevertheless struck him once the addition was built. The addition also has a hushed aural quality – an aspect that hadn’t crossed Hudson’s mind at all – that recalls a gothic cathedral. While somewhat surprising, both are welcome, and, along with the rest of the build, proof that it pays to think outside the box.