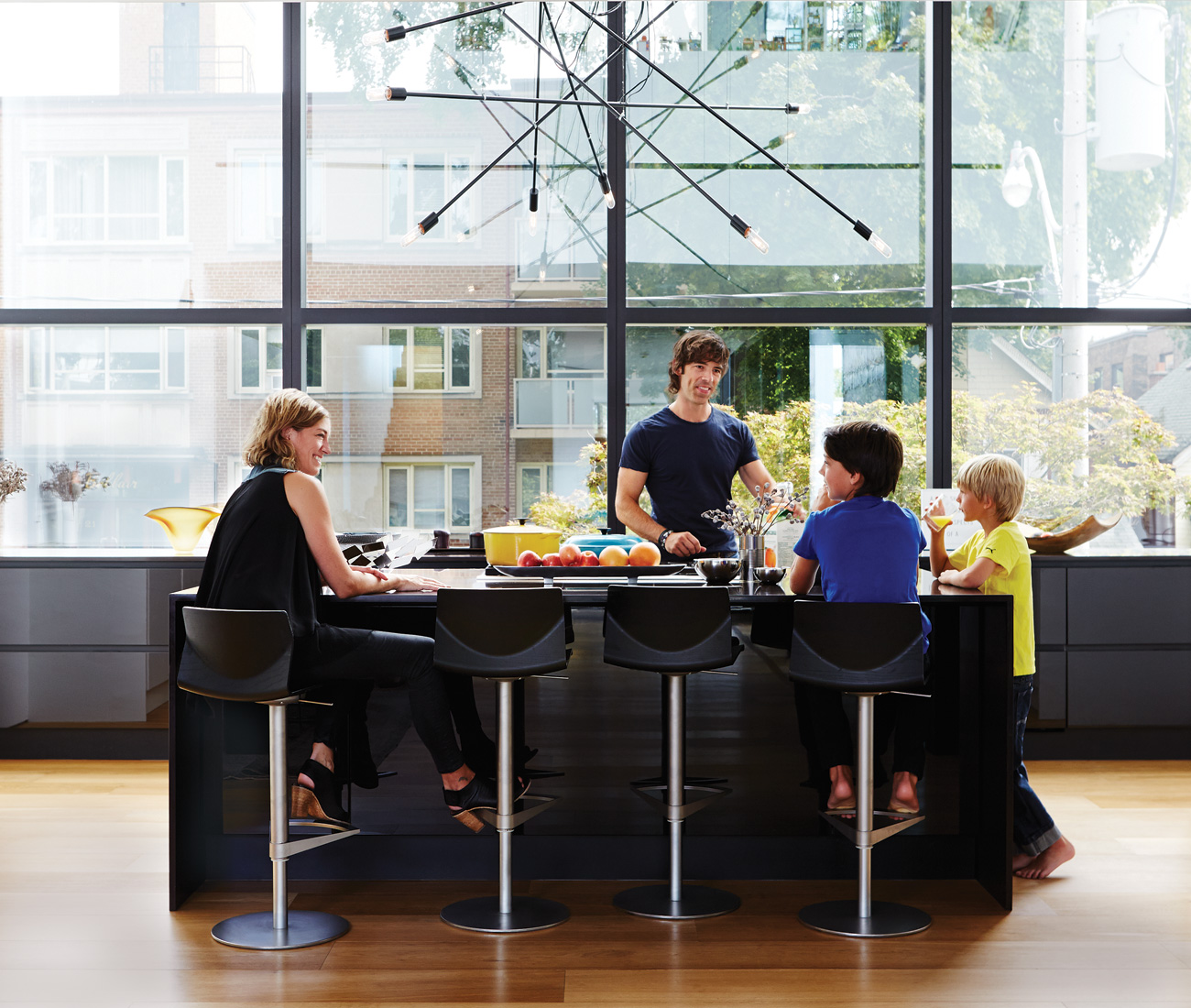 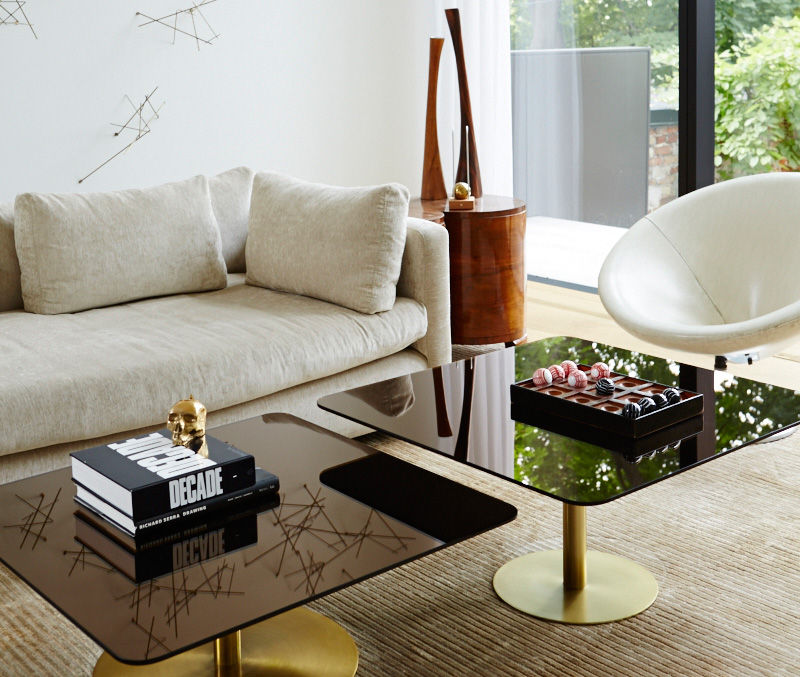 In the sunken living room: sofa by Montauk, tables from Klaus, chandelier by Flos, and wall art by Commute Design. Photo by Naomi Finlay. 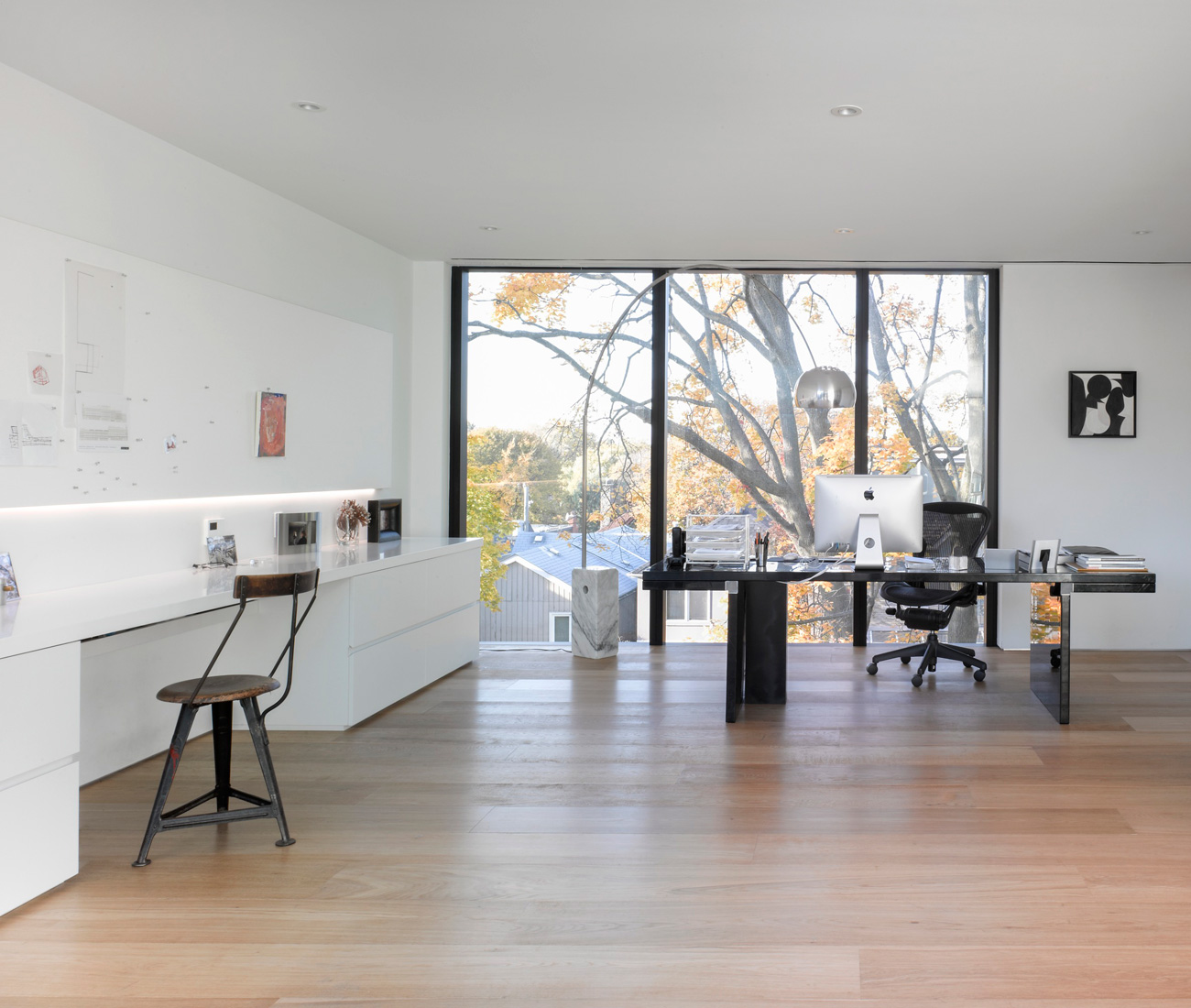 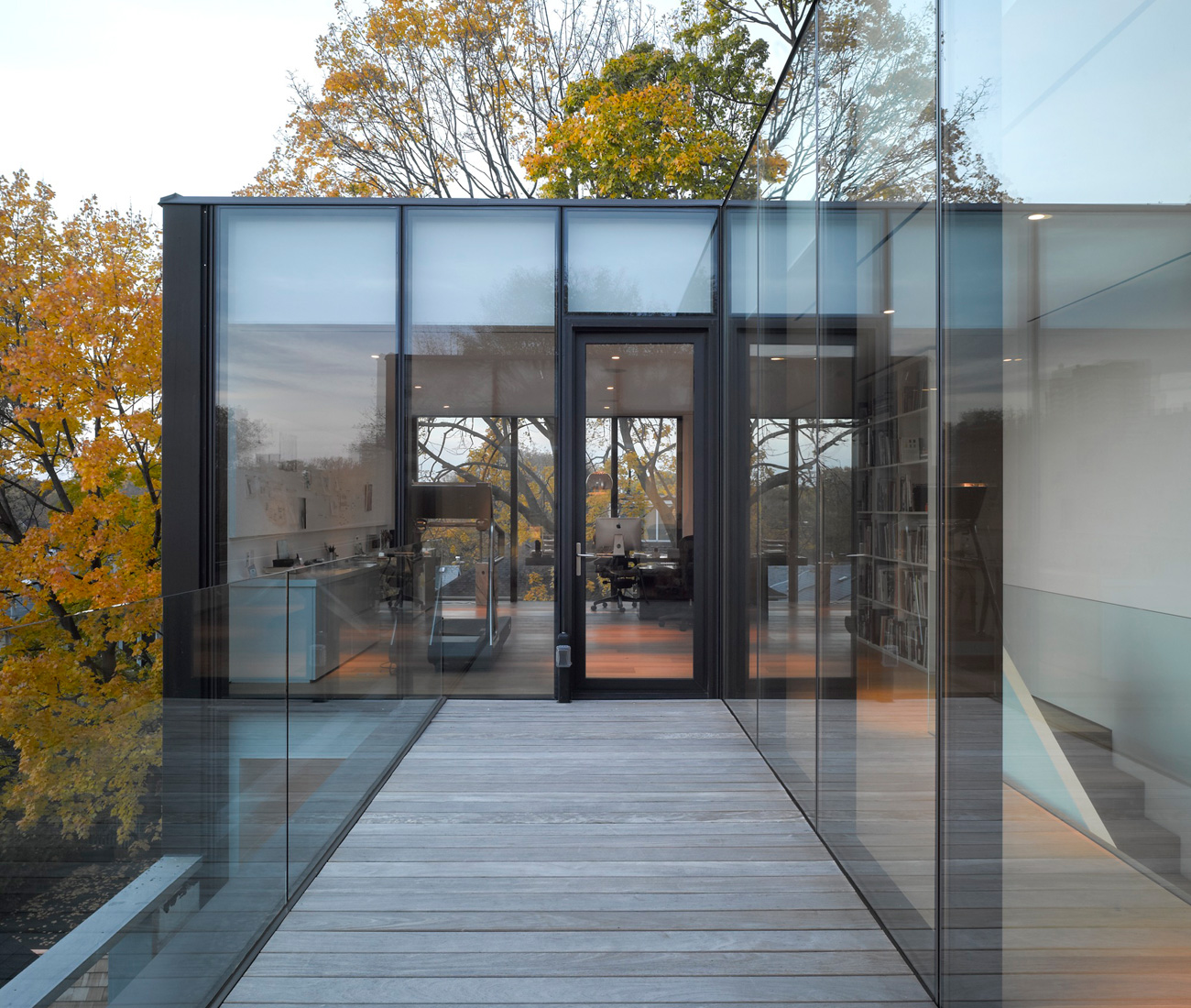 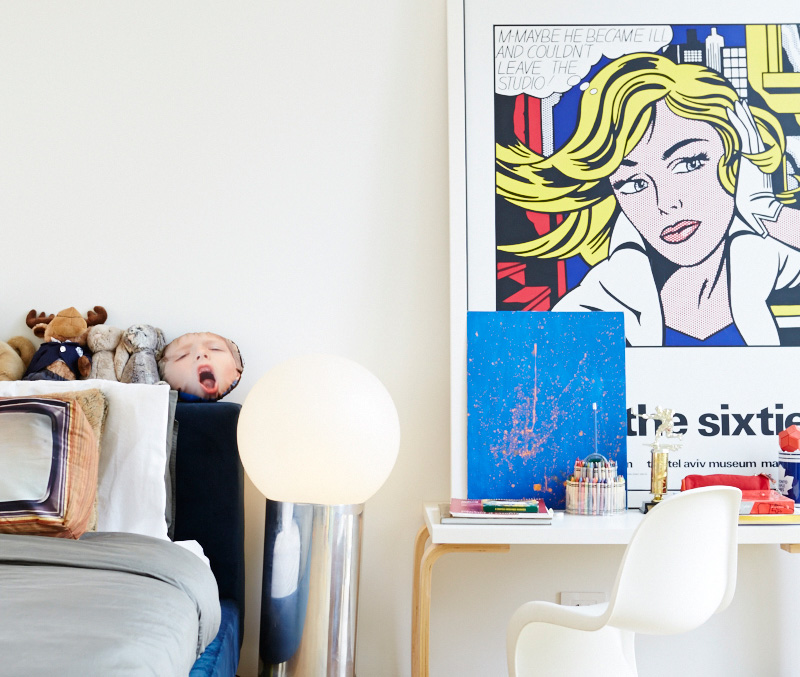 Indie’s bedroom is kitted out with a Roy Lichtenstein print, floor lamp by Artemide, bed from Kiosk, and chair from Design Within Reach. Photo by Naomi Finlay. 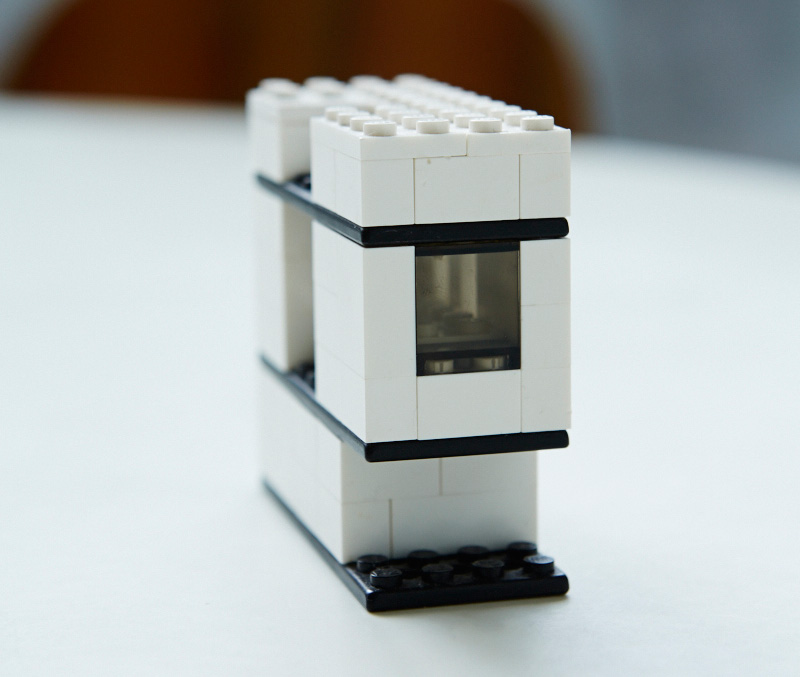 The whole family helped in the creative process: Kai with the interiors, the boys by making a Lego massing model. Photo by Naomi Finlay. 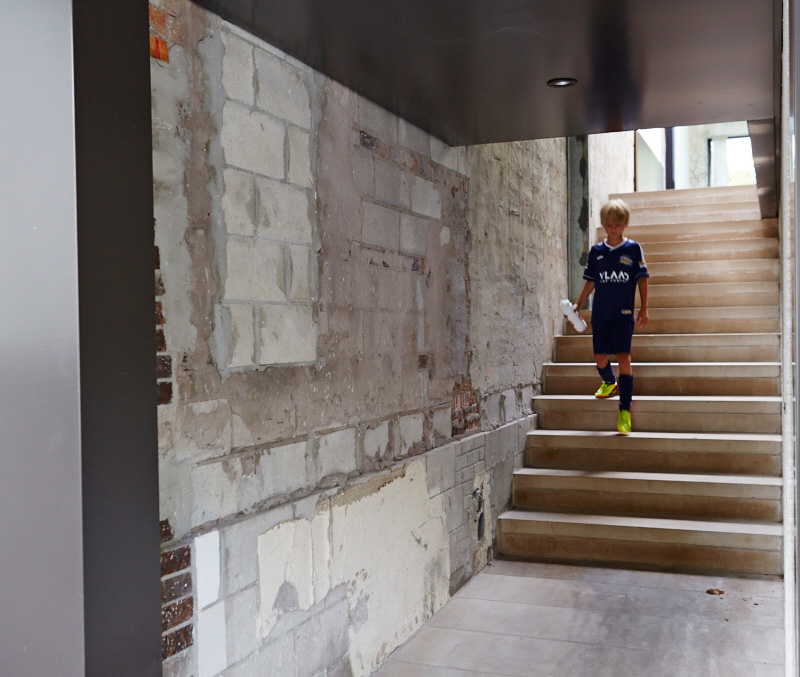 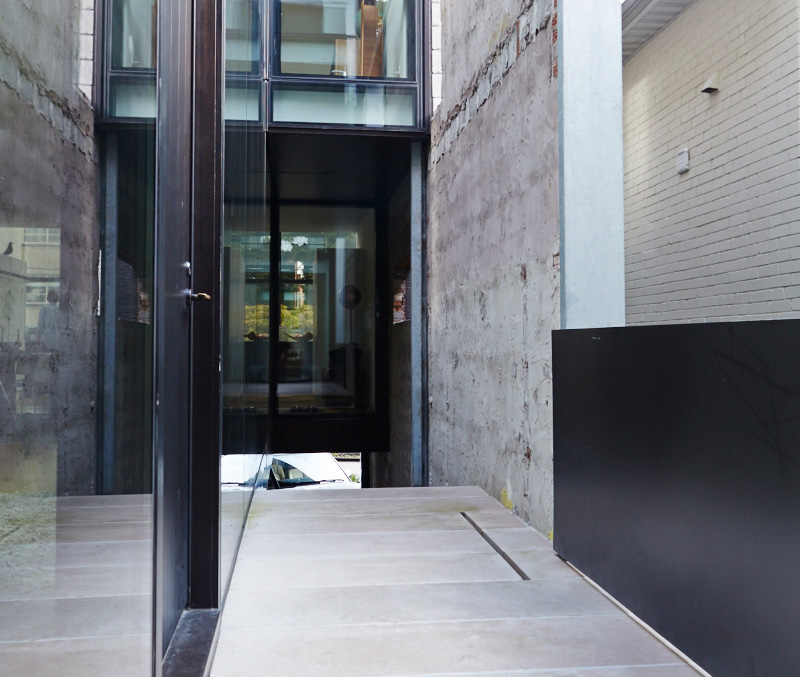 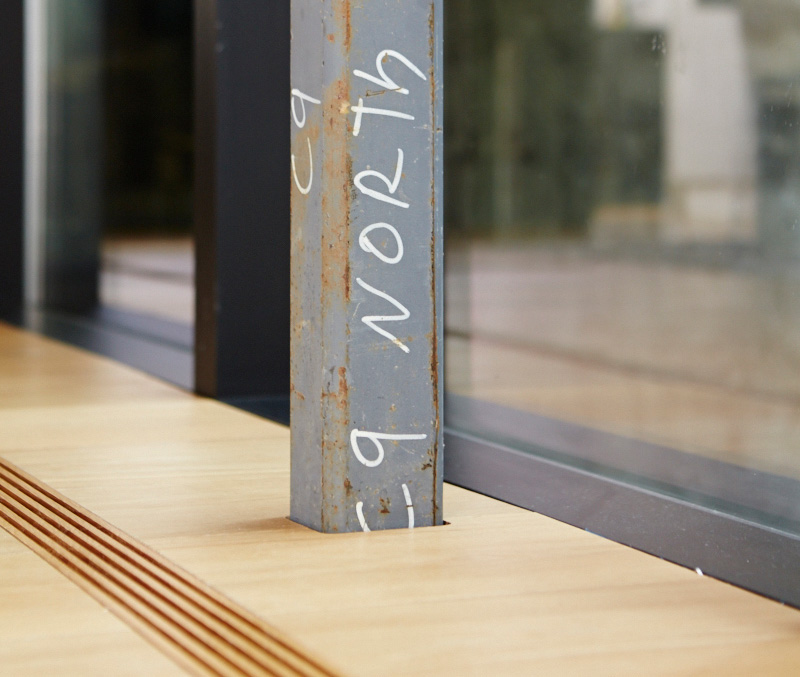 Architects aren’t athletes; their careers tend to accelerate late in life. Patrick Fejér is the exception, making partner at Toronto’s B+H Architects (a firm originally famous for helping Ludwig Mies van der Rohe with the Toronto-Dominion Centre in the 1960s) at age 34. In the seven years since, he has spearheaded several of their marquee institutional projects, including MaRS Centre Phase 2 on College Street and Ripley’s Aquarium of Canada. But perhaps his most masterful work is also his smallest, and least assuming – his own home.

The pristine, 400-square-metre pile is located on a dead-end street in Forest Hill Village. Fejér and his wife, Kai, director of business development for interior design firm Munge Leung; their two young sons, Jack and Indie; and their dog, Thelma, were living down the street when they bought the property in 2008 as an investment. The plan was to tear down the original ramshackle residence – an uninhabited relic from the 1970s they dubbed the Broken House – and erect something more covet-worthy. Fejér struggled, though, with designing a house for resale; so instead, he conjured a house tailor made for his family.

For Fejér, it was a chance to experiment, and to expand upon ideas he was exploring at B+H. The tension between porosity and privacy, for example, is a dichotomy that he addressed at MaRS, which has to accommodate large meetings and private research labs. As such, the resulting three-bedroom home strikes a perfect balance between concealing and revealing.

From the outside, the house seems intensely private. A three-storey cantilever hovers over the driveway, creating a porte cochère in front of the garage. Because of the overhang, the entryway is recessed, obscuring the flight of stairs leading up to the front door, which is tucked away on the side. Although the tinted glazing is expansive, it doesn’t give away much about what’s happening inside; it only becomes transparent when lit from behind at night, and the view inside is mainly of the kitchen’s clerestory and statement light fixture.

Once inside the four-storey structure, a sense of openness pervades. A light well slices through the west side of the house, flooding it with sunlight and allowing views from one floor to another. A central foyer on the first floor flows both north into a sunken living room – which opens onto a tree-lined back terrace – and south into the kitchen, with its double-height windows. Even on the second floor, where the boys’ bedrooms bookend a common area, the spaces unfurl effortlessly from one into the other. When the kids need privacy, their rooms close off with large, floor-to-ceiling pivoting doors. When they want to be together, the doors open up, nearly tripling the size of their play zone.

Without street-facing windows, the master bedroom is the home’s most private stretch. It’s lofty and luminous with a skylight in the open-concept ensuite, and glass doors opening onto an interior terrace. Serene and restful, Fejér’s final vision certainly fixes what was broken in the old house, and then some.

Originally published in our Winter 2014 issue as Modern Family.