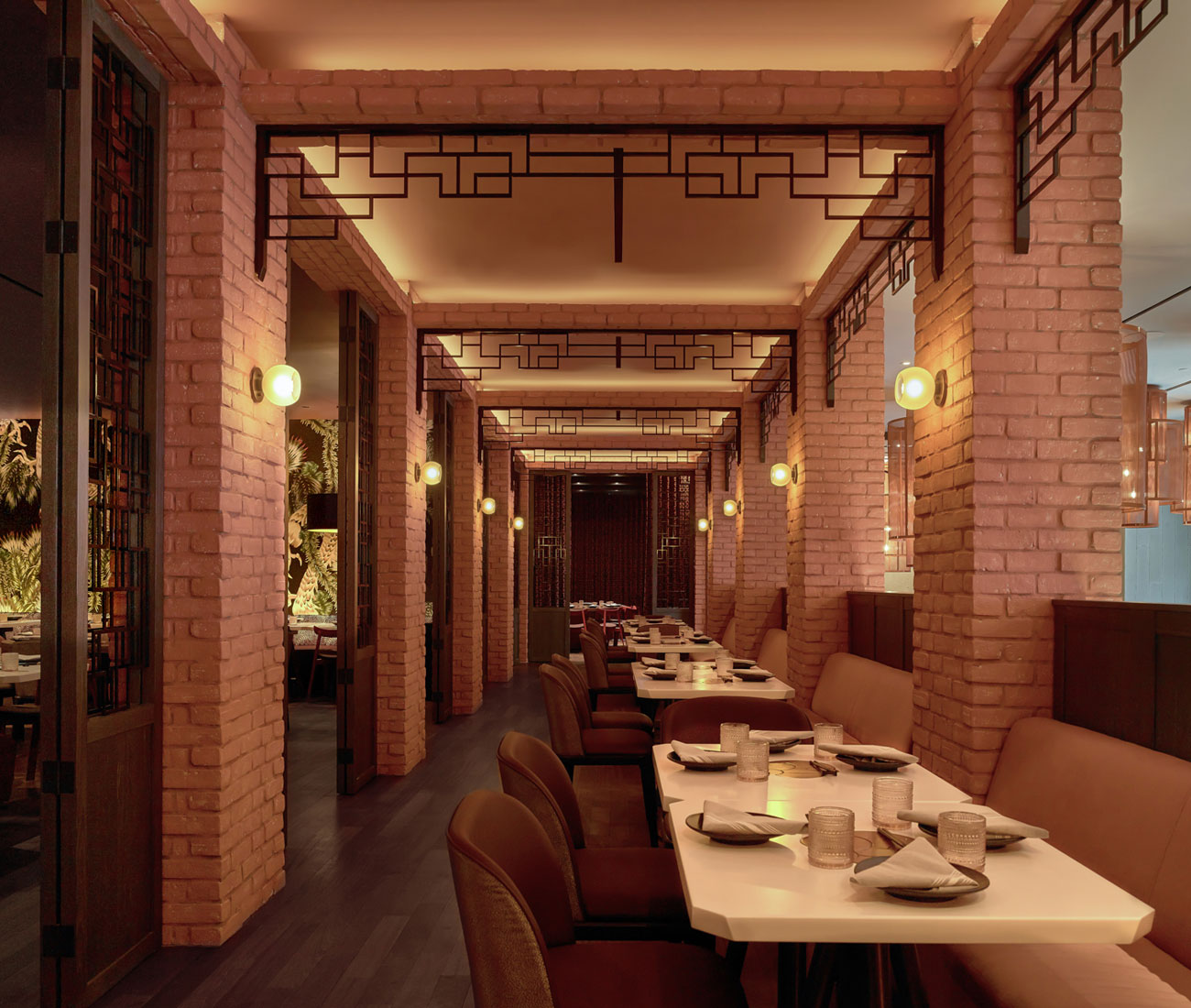 Designed as a series of East Asian- inspired courtyards, Planta’s new Queen location is just as popular as the original 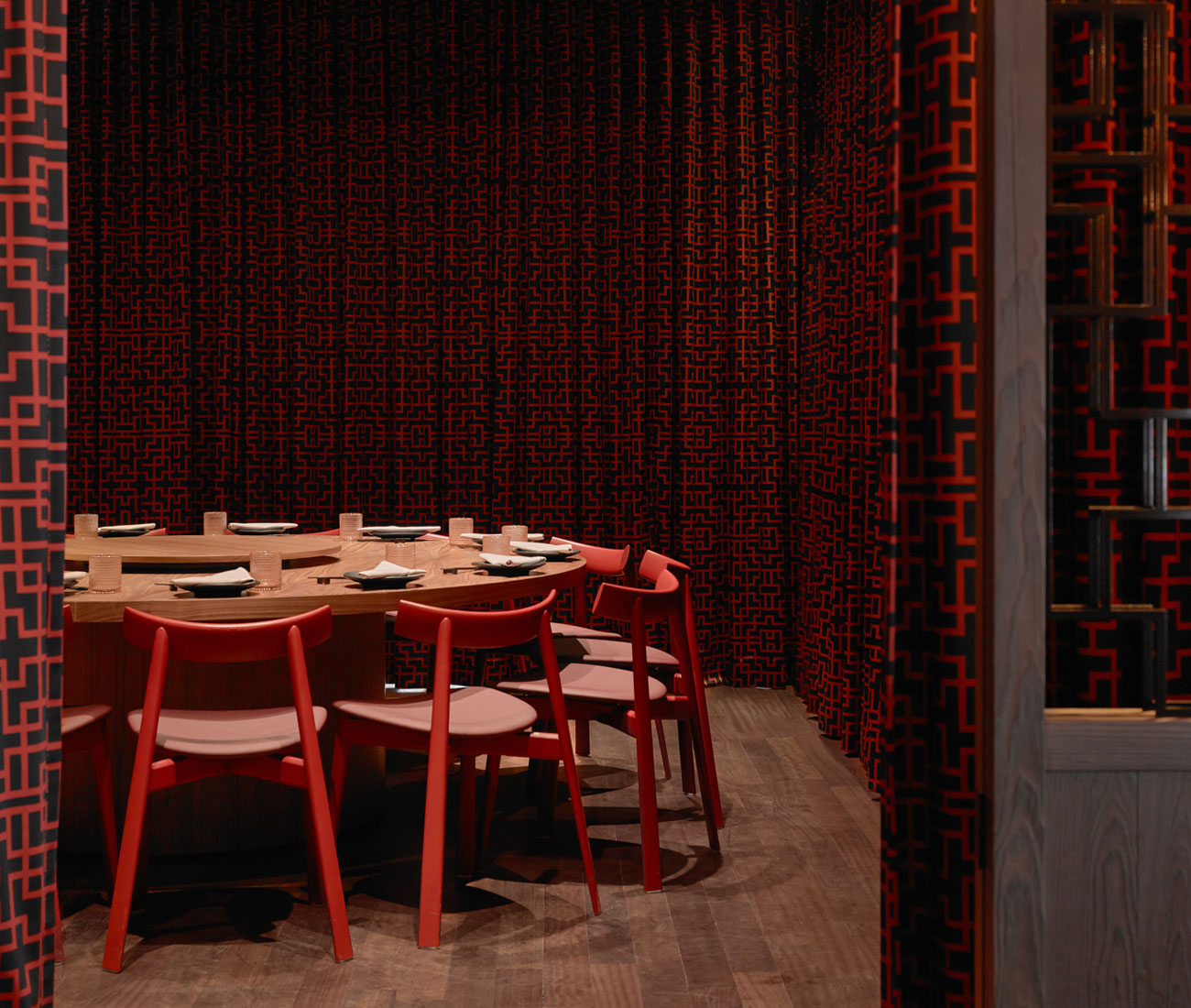 Located in what was Nota Bene on Queen near University, street market-style seating fronts a coralline tunnel which leads into a series of seating areas, breaking the otherwise open concept into individual spaces inspired by East Asian residential courtyards, separated by low walls and powder-coated steel lattices. Where Oretta is a single, cavernous chamber, Planta Queen creates intimate spaces in what is usually a packed space, focusing attention with lighting in addition to the physical segmentation, brought together with a bold but complementary palette. At the rear of the restaurant, the opaque amber glass separating the dining area from the kitchen serves as a large-scale light diffuser. “We tested a few different colours,” Nivek Remas designer Samer Shaath says, “but that amber glow worked best. People just look better with warm tones.” 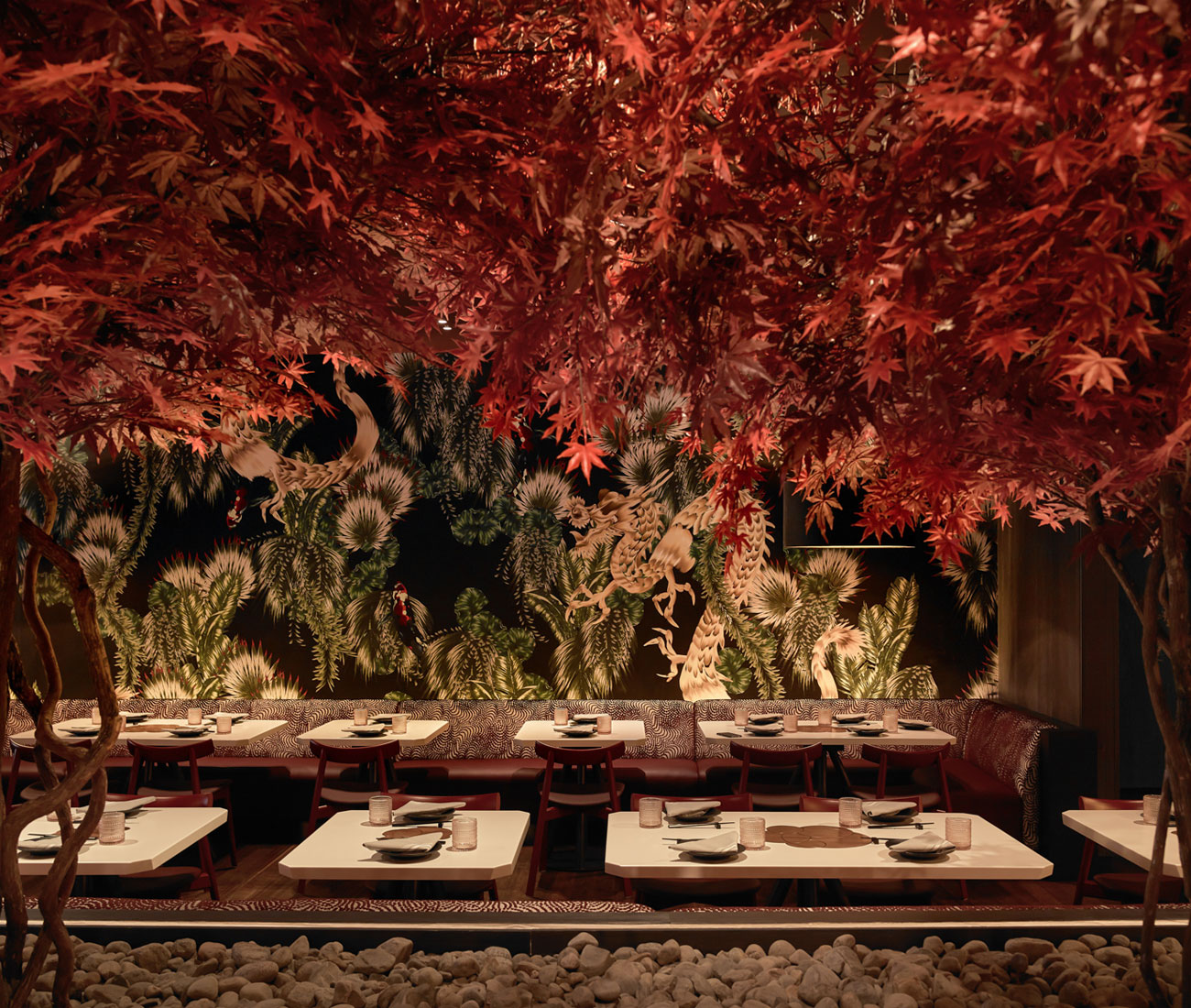 The strongest aesthetic statement in Planta Queen comes from the custom wall coverings by Toronto’s Candice Kaye. Its mega-floral imagery is set against dark humus backgrounds and punctuated with koi fish and the occasional dragon. The motifs are reflected in dishes like Chef David Lee’s Ahi watermelon nigiri and cocktails like the bright pink Full Moon with its dragon-fruit juice, lantern-like points of light among the subdued hues creating a rare level of interplay between food and design that’s worth experiencing. 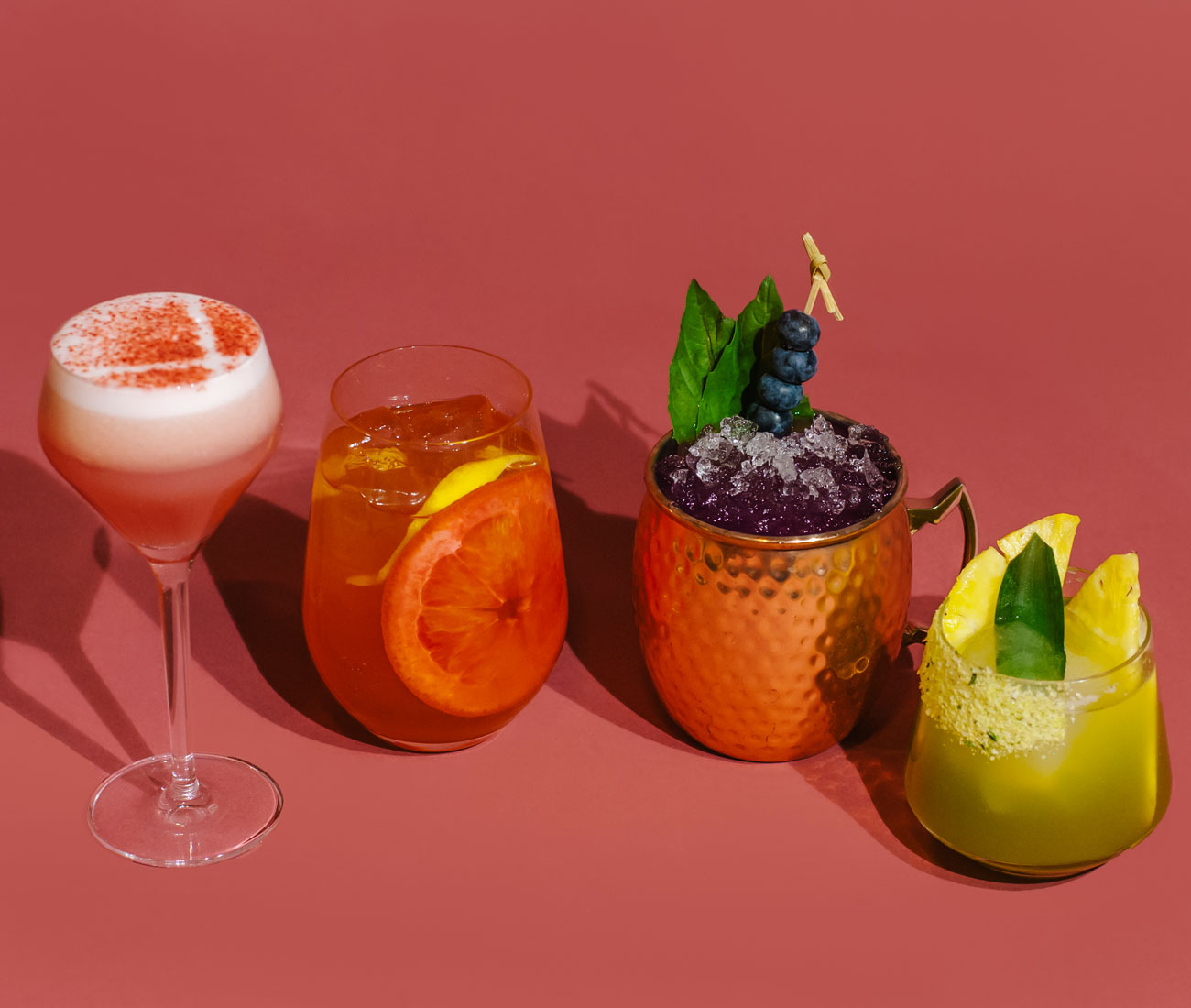