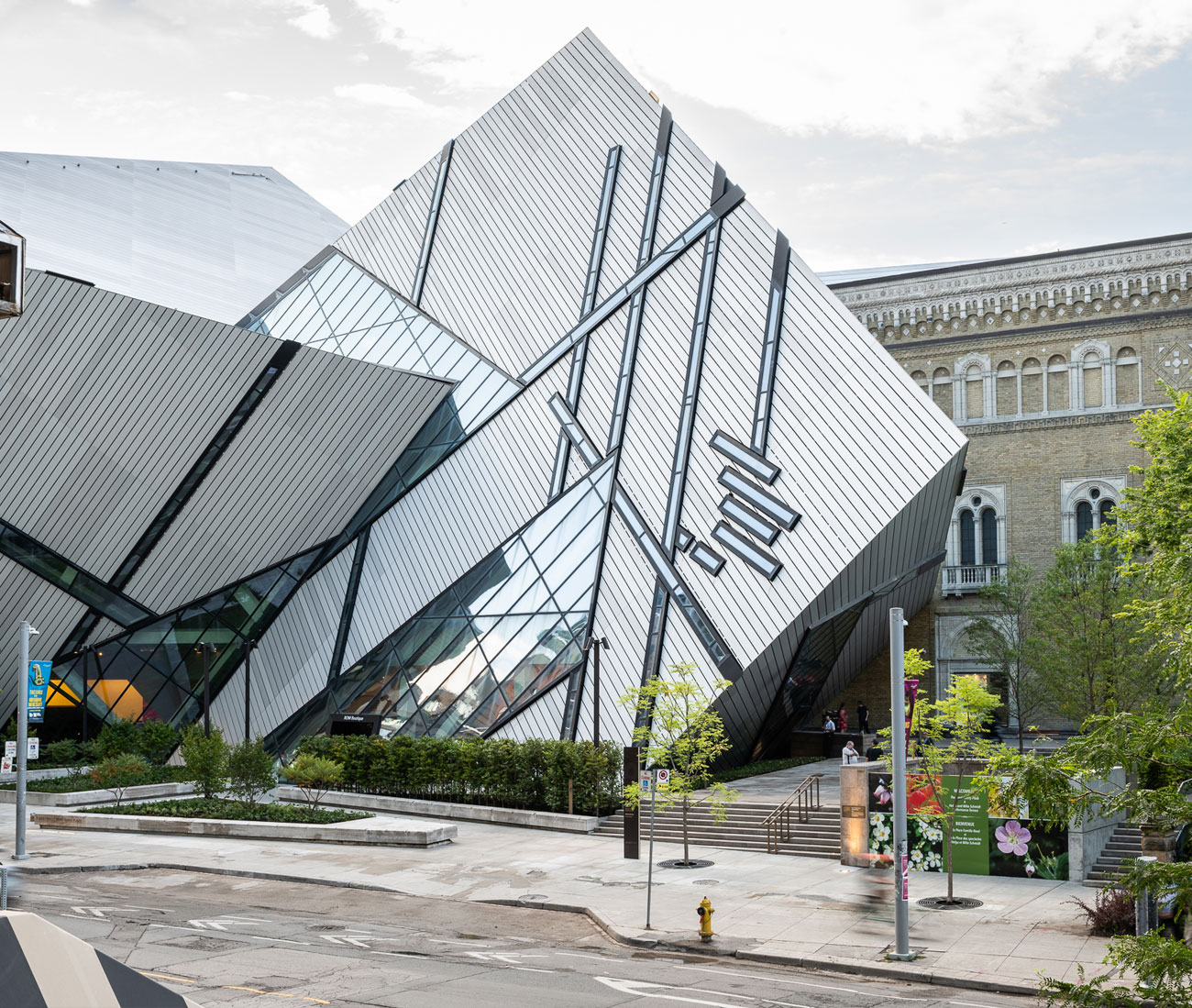 About a decade ago, I started a summer job at Toronto’s Royal Ontario Museum (ROM). On the first day, as the gift shop’s summer students learned to use the cash registers and negotiate the slanted floors of Daniel Libeskind’s Michael Lee-Chin Crystal, our supervisor took us aside to tell us about one last policy: Don’t talk about the architecture of the ROM Crystal.

By the end of the week, I understood what all the fuss was about. While visitor comments about the sheer weirdness of the design were deflected with a practiced boilerplate (“some people like it, some people don’t”), more incisive jabs about incoherent layouts, dark interiors and cheap-looking finishes were harder to parry. The Crystal, which radically transformed the face of a century-old museum, had undeniable problems. Writing in Azure, Daniel Viola did not exaggerate when he proclaimed that the ROM Crystal “may be the most hated building in Canada.” A dozen years after the Crystal’s opening, however, it suddenly feels different. An inviting new landscape – unveiled this week – now fronts the building, vastly improving both the experience of Libeskind’s design and the museum’s broader relationship to the city. 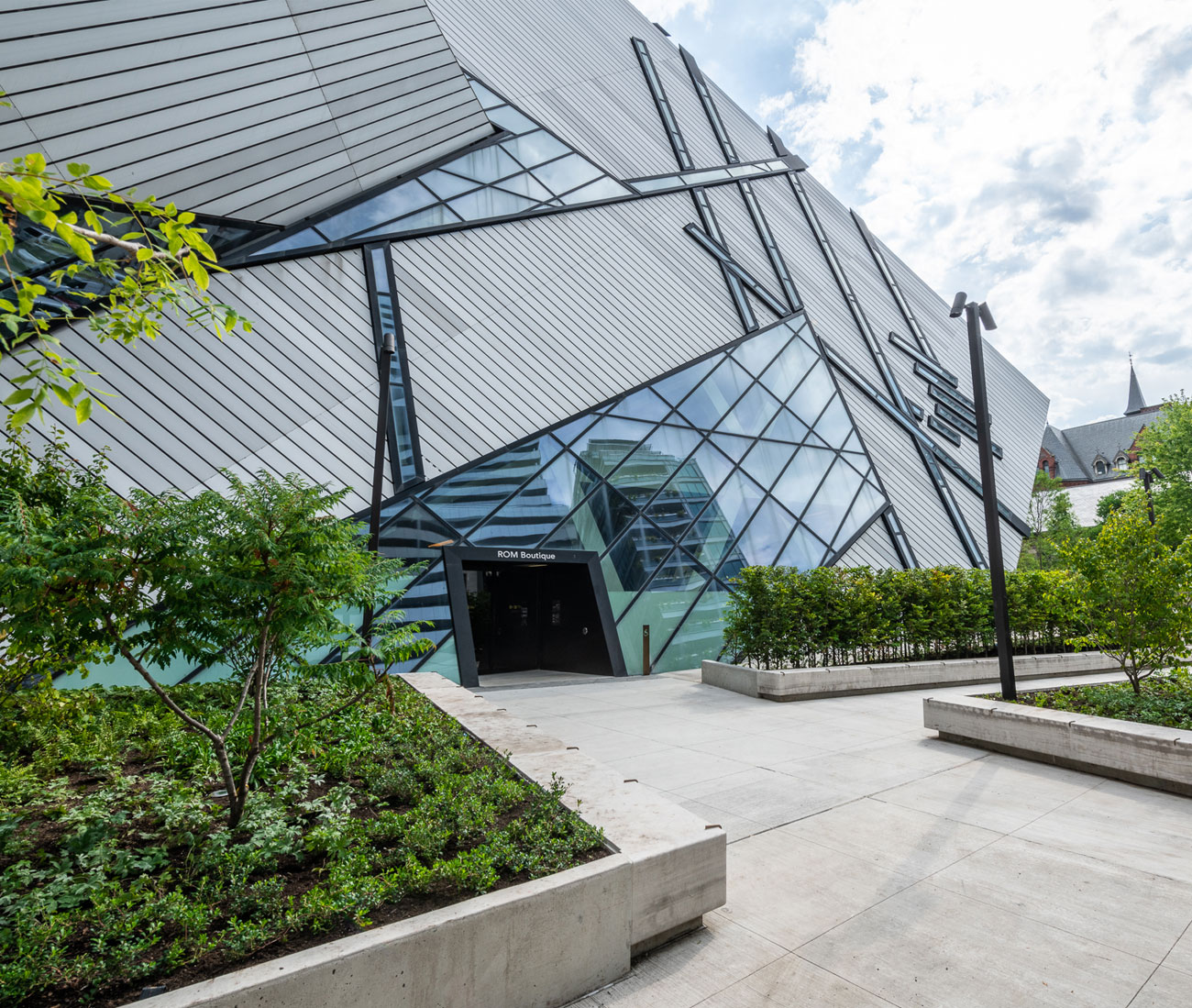 Deftly angled to draw in pedestrians, the planters and walkways of the Reed Family Plaza quietly translate the kinetic energy of the crystal to street level, while negotiating a transition from the busy sidewalk to a more tranquil environment. There’s a comfortable sense of enclosure but not isolation. 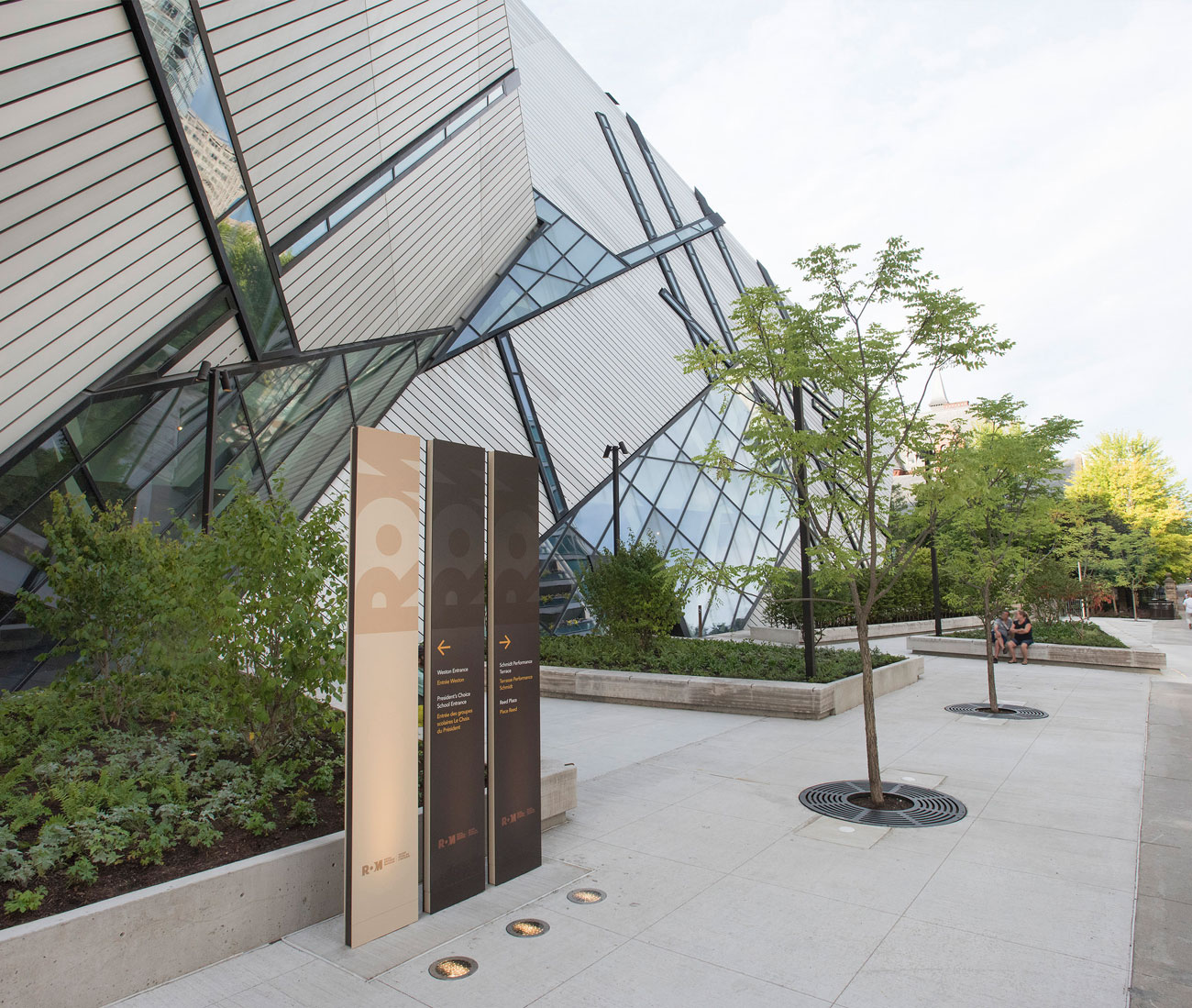 Framed by seating, the planting beds are filled out with a selection of native flora. The greenery provides vital shade while the long planters create angled pathways that invite visitors to take in the drama of the ROM Crystal above. Set against the shrubs and sumac trees, Libeskind’s design feels more alive – and more a part of the city.

The plaza replaces a mostly vacant concrete frontage, which was outfitted only with a cluster of stone benches. Exposed to the street and the elements, the liminal space was an awkwardly unresolved extension of the sidewalk. (I avoided it on my lunch breaks, feeling somehow swallowed up by both street and sun). 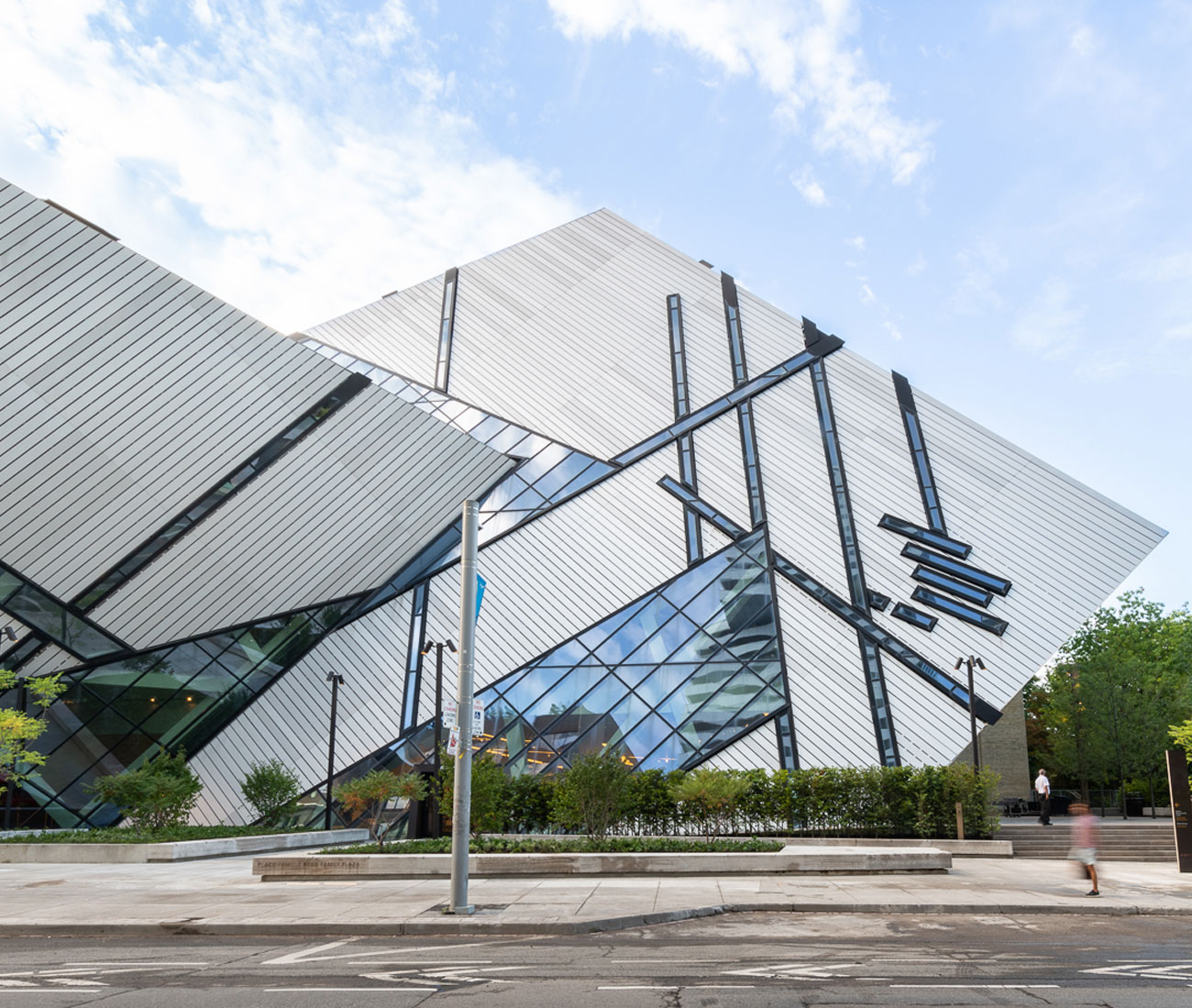 It’s a simple but compelling addition, replacing a vacant concrete platform with a much more dynamic presence. It also provides an important new venue for the museum, allowing the ROM’s programming to permeate into the public realm. (For an outdoor space in the heart of the city, the acoustics are surprisingly good). Like the neighbouring plaza, the outdoor space also revitalizes its neighbours, with the museum’s 1914 and 2007 wings both drawing the eye with a new sense of intimacy.

Today, the ROM Crystal is a relic of a bygone era. Just looking at the thing dredges up the the last decade’s urban vocabulary. When I pass by, terms like “starchitect” and “world-class city” awaken from dormancy in its presence. But all of that seems long ago. The ROM – and Toronto itself – are different now. If the embrace of Libeskind’s back-of-a-napkin drawing evinced the hunger of a city trying to make it on the global stage, then perhaps the grace of the museum’s recent improvements reflects the assured dignity of a city that knows it has finally arrived.