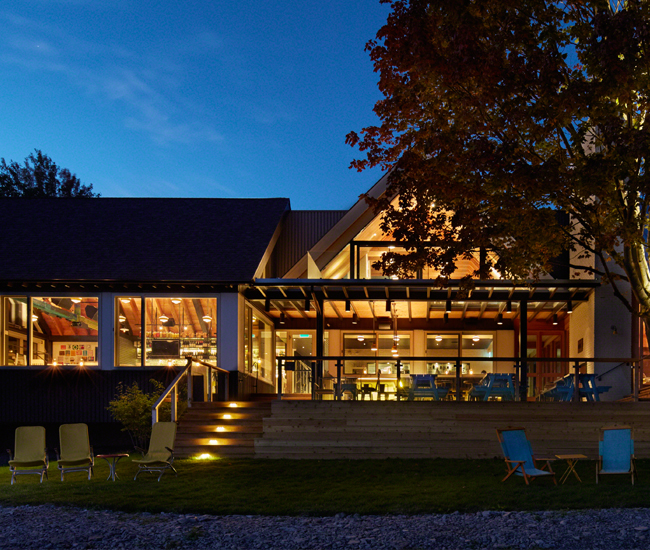 Looking for top-notch tuna ceviche, an intimate Sloan concert or irreverent installation art? Time to fill up your gas tank and hit the road.

Many of the Torontonians who played a role in transforming the city’s west-end into a happening food, art and culture district are now setting up shop in more rural communities, establishing Muskoka and Prince Edward County outposts that fuse country charm with urban energy. A short drive away, you’ll find a Port Carling cousin of Parkdale taco eatery Grand Electric, a Picton barn-turned-concert hall run by the couple behind the Dakota Tavern, and the Drake Devonshire inn, a quirky-quaint spinoff of entrepreneur Jeff Stober’s Queen West landmark the Drake Hotel.

Hip Retreat Blends Old and New
Recently awarded a Best of Show Hospitality Design Award, Drake Devonshire is becoming the poster child for this “big city brand goes small” phenomenon. While the 11-room, two-suite inn keeps with the playful personality of its metropolitan counterpart, it also reflects its rustic setting. Originally a foundry, the lakeside Wellington property was restored and reimagined by ERA Architects and +tongtong, the Toronto firm founded by original Drake Hotel co-designer John Tong and known for such stylish downtown buzz spots as Her Majesty’s Pleasure beauty bar and Ossington boutique Annie Aime.

The end result: interiors filled with contemporary takes on countryside staples. Yes, walls are covered in floral prints, but they’re bold, graphic patterns that feel more akin to street art than the frumpy treatments favoured in bed and breakfasts. A new addition – dubbed, appropriately, the “Glass Box” – houses a rec room outfitted with ping pong tables and retro board games, but also a flat screen TV perfect for displaying corporate retreat Powerpoints. And the Drake’s long love of Canadiana has never been expressed more elegantly than it is by the Devonshire’s massive Douglas-fir and steel A-frame vaulted dining room, which borrows elements from both traditional summer camp mess halls and more modern eateries.

The Devonshire’s temporary outdoor exhibitions are just as whimsical. Plein Air, curated by Mia Nielsen and on display until late October, brings together exactly the kind of cheeky installation art you’d expect from a hospitality powerhouse that once filled the planters at its Toronto financial district bar with neon orange-painted garden gnomes.

Below, we spotlight five works that encourage guests to explore the Drake Devonshire’s surroundings and celebrate the fusion of nature and culture. Of course, they’re best seen in person, so plan a day trip and enjoy a lunch of spot prawn puttanesca and other farm- and lake-to-table cuisine from hotel chef Matthew DeMille’s kitchen, or book a proper escape and check in for the weekend.

Plein Air: Five Of Our Favourite Installations
1. Dumpster by Zeke Moore
Apart from being a nod to the Devonshire’s recently-finished construction blitz, this bronze industrial sculpture is a shiny reminder that one person’s trash is another person’s treasure. 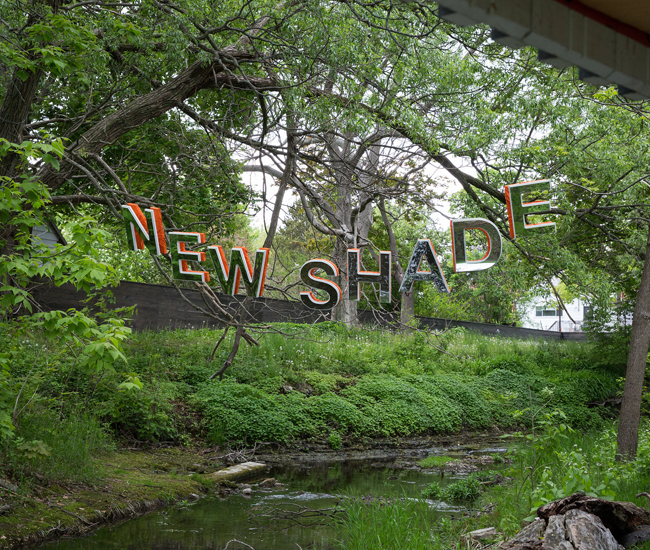 2. New Shade by Trevor Wheatley and Cosmos Dean
Now that shade has warped into something that can be thrown, the word has taken on new meaning. Suspended above a stream, this mirrored text is sheltered from harsh mid-afternoon sunlight by a canopy of tree branches. 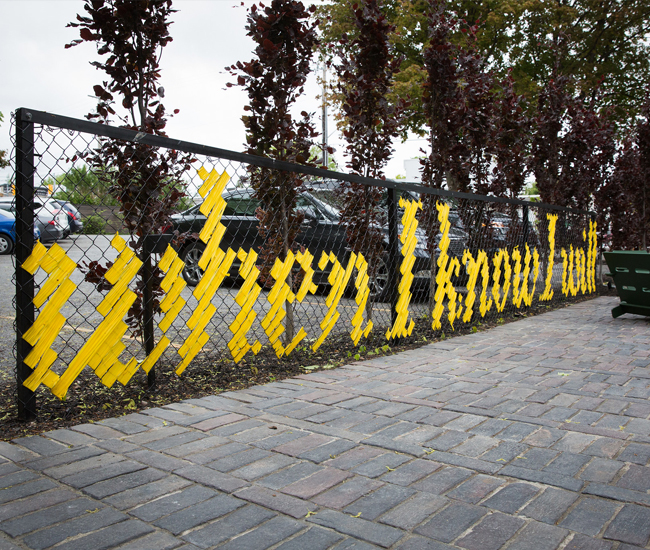 3. When I Know I Will by Lambchop
Another typography piece, this installation weaves into a chain-link fence near the hotel’s front parking lot. Patio chairs sit nearby for those looking to reflect on the work’s message. 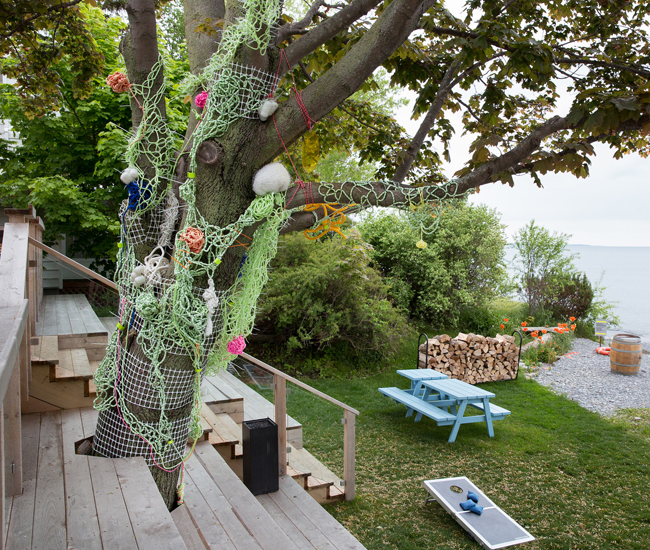 4. Minutes of Sun by Svava Thordis Juliusson
An assemblage of fencing and neon green rope wraps around this tree, creating an installation that seems like the after-effect of a nautical-themed rave. 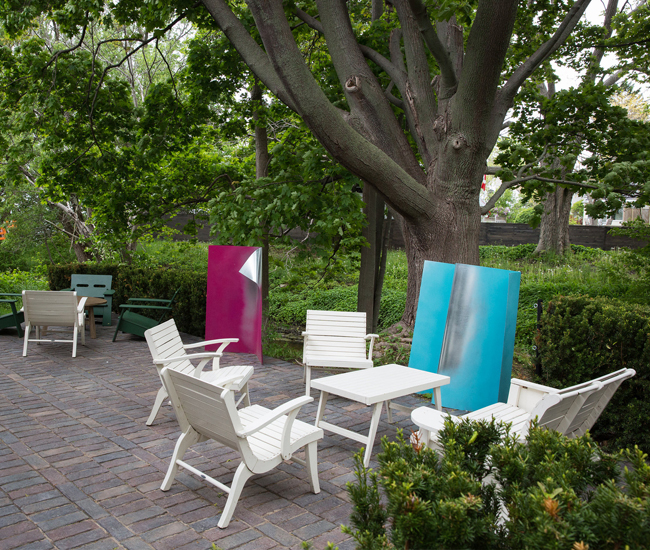 5. Soft Marathon 1+ 2 by Michael Vickers
Set amongst a set of patio furniture, these folded galvanized steel sheet sculptures almost appear as if they’re waiting to join in a conversation.

For more on the Drake Devonshire’s design – and what to do in the surrounding area – read Azure’s recent feature on the hotel. 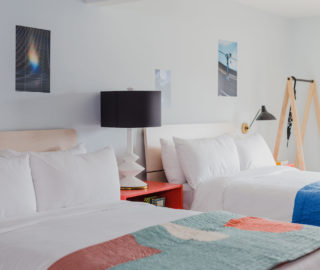 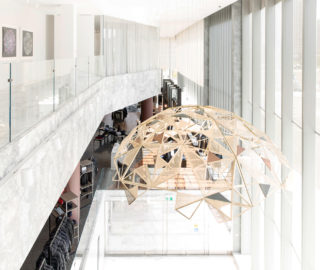 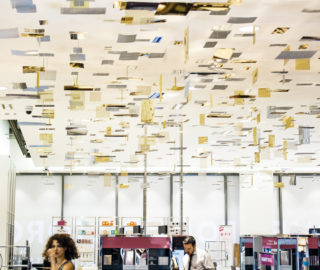 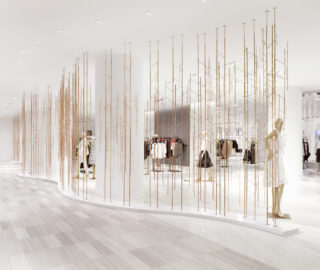 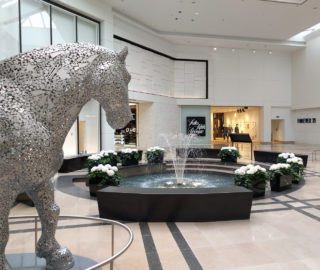 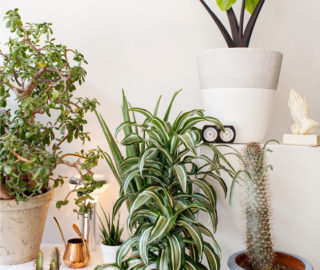 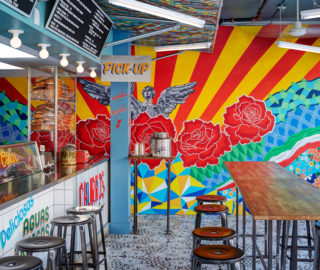 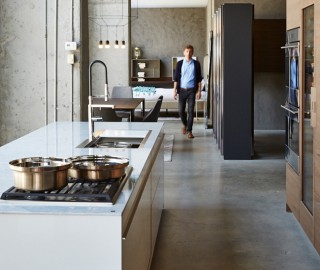