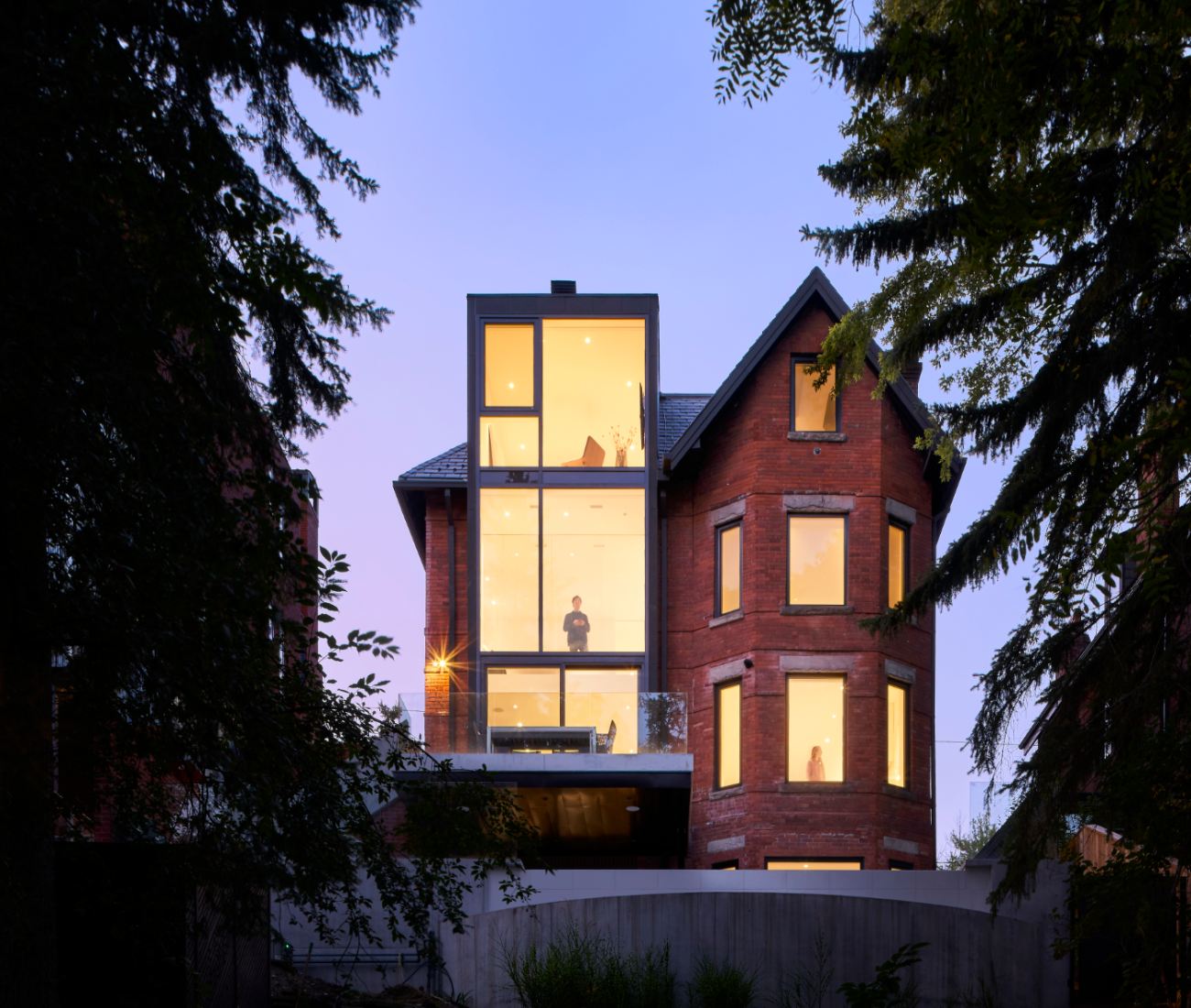 The old home had an indelibly grand quality, but it needed some help to bring it out

The Brief: Renovations occasionally pivot in a new direction mid-job. For this family of four, it pivoted down the street into an entirely new place. Drew Mandel, principal of Drew Mandel Architects (a studio we’ve covered a few times in the past), wasn’t out of a job, though. The new home, while grand, stately and enviably situated atop the former Lake Iroquois shoreline, had lost most of its charm over the years. Plus, the family had a long list of requirements that called for more than just a new coat of paint – foremost among them a close connection to the outdoors. The reno that became a new home would once again transform, this time into a full gut job.

The Build: Left with a four storey brick shell, Mandel carved out a bright, open-concept ground floor that continues onto an outdoor terrace, down a switchback of concrete and brick stairs – the latter material salvaged from the demo – and onto the ground level, which features a pool and sheltered lounge area extending from the partial basement. Like the slope the home is built on, the house flows back and out, connecting the first floor of the home to the outdoors.

While not adding much actual space, an addition at the rear of the home, which Mandel characterized as an “elaborated bay window,” re-invents the interior. Inside, the second floor pulls back from the glazing, creating a double height rear foyer. A lounge area overlooks it, and both are flooded with natural light. On the third floor, where the addition created a broad dormer, the master bedroom is afforded gorgeous views of the city and surrounding greenery. And clad in zinc, the addition will patina in harmony with the restored brick, making for a home that won’t just provide its owners with a connection to the outdoors, but will change with each season as well.