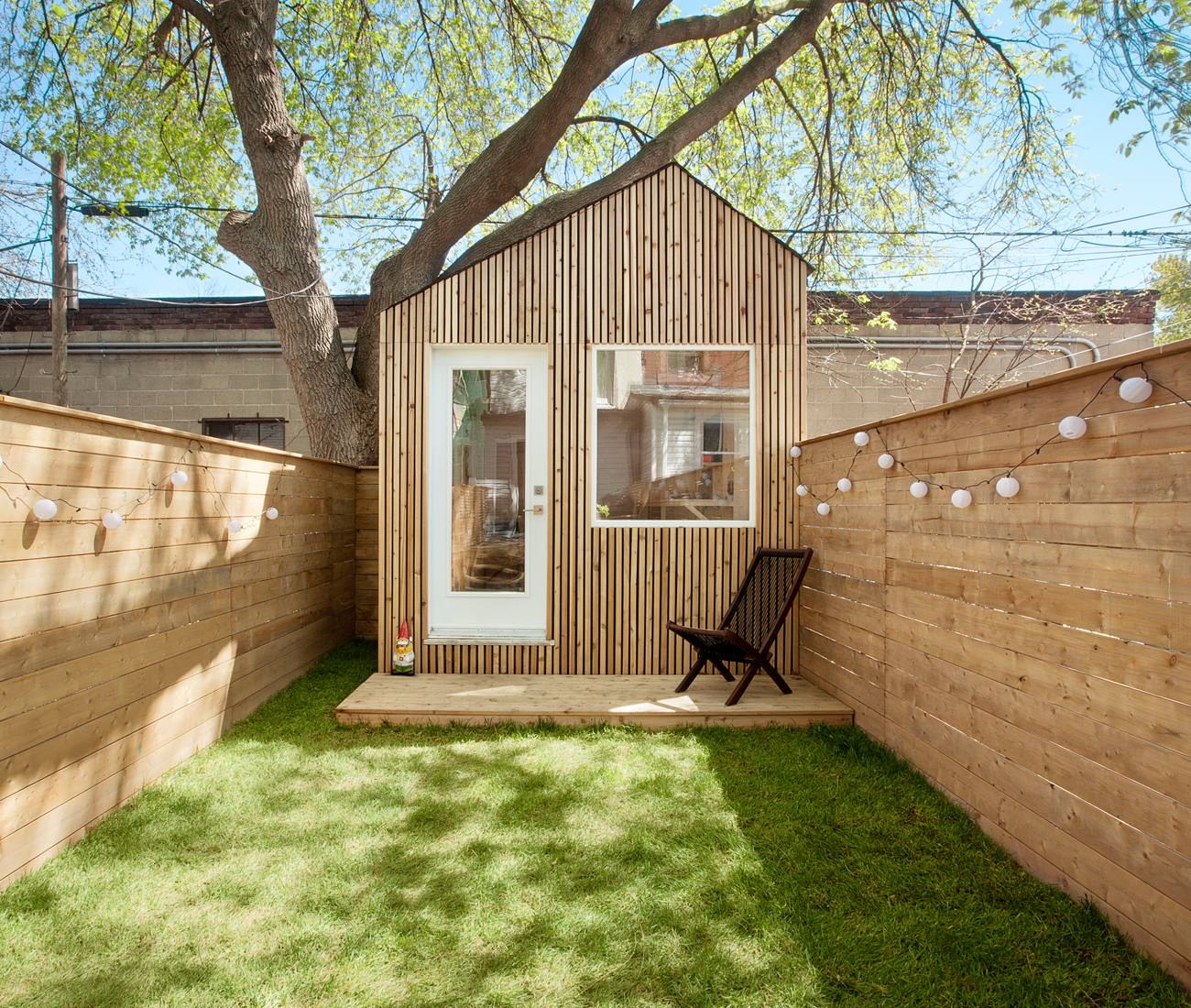 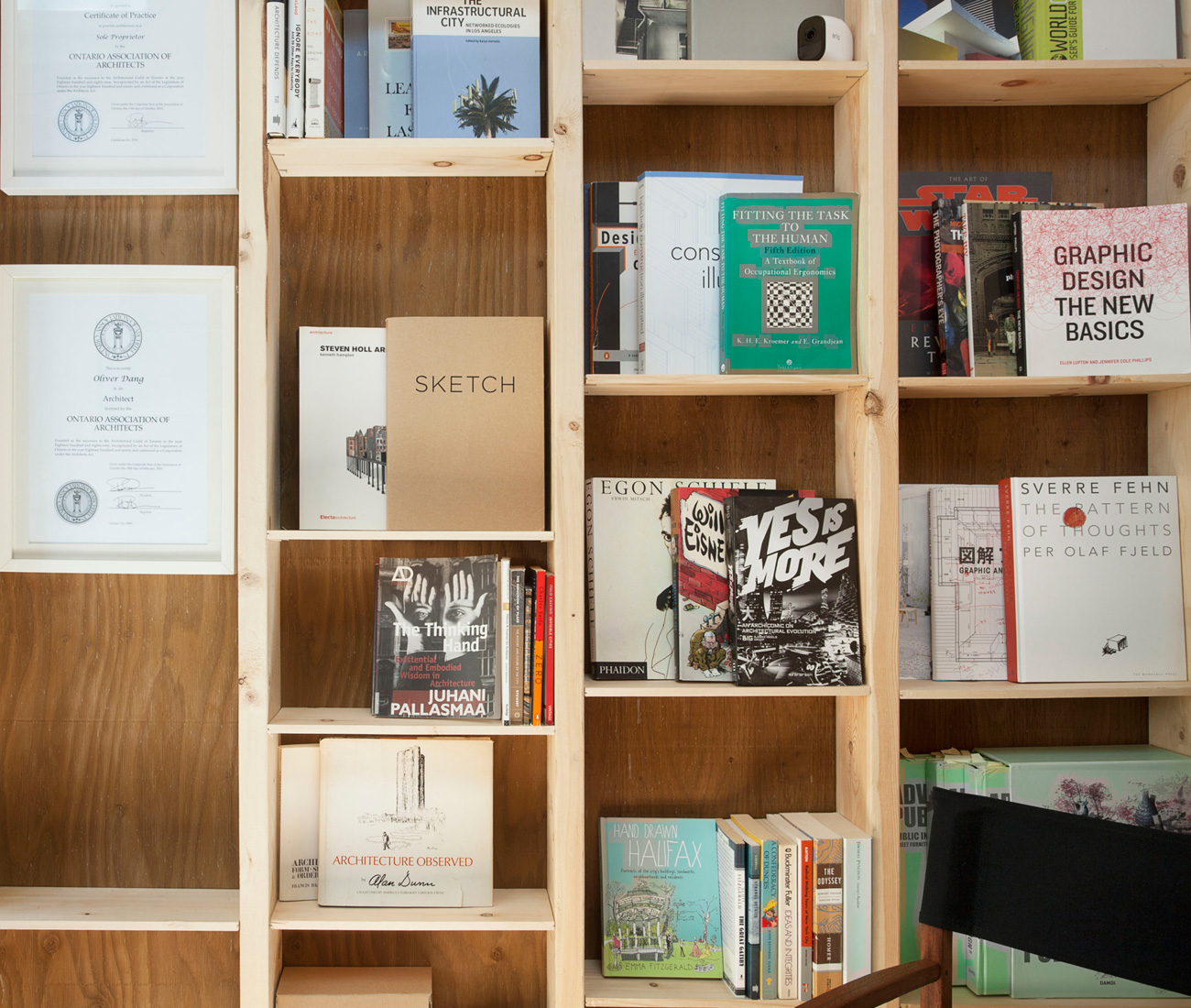 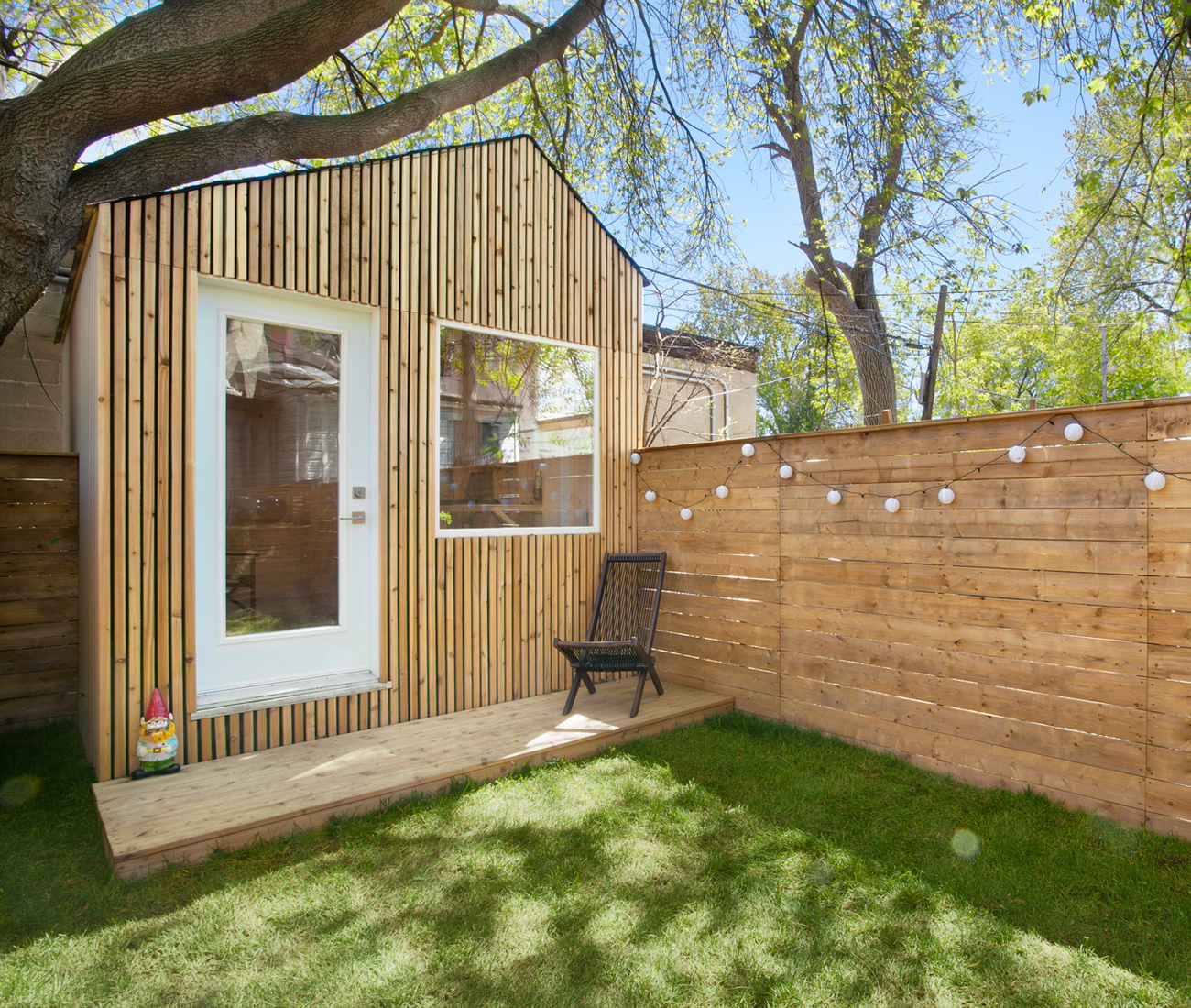 This is the third instalment in our new Closet Space series, which looks at a trio of traditional storage spaces – attic, closet, garden shed – transformed into livable rooms. This time, Architect Oliver Dang of Six Four Five A proves its better to work from home – preferably in a custom-built work shed

Imagine if your commute was 10 seconds. That’s how long it takes busy architect Oliver Dang of Six Four Five A to get to his Toronto studio – and no, he does not own a teleportation device. Instead, he has an enviable 10 square metre work shed nestled in his backyard that eschews gridlock in favour of more family time (“I see my family as soon as they get home”) and homy comforts. It’s the perfect size for rakes, planting soil and a spare garden hose – but you won’t find any such tools inside the sophisticated space. “When people think of a garden shed or backyard studio,” says Dang, “they picture a dark, boarded up box with a small window that doesn’t feel inviting or cozy. I designed this to be as inviting, bright and warm as possible.” 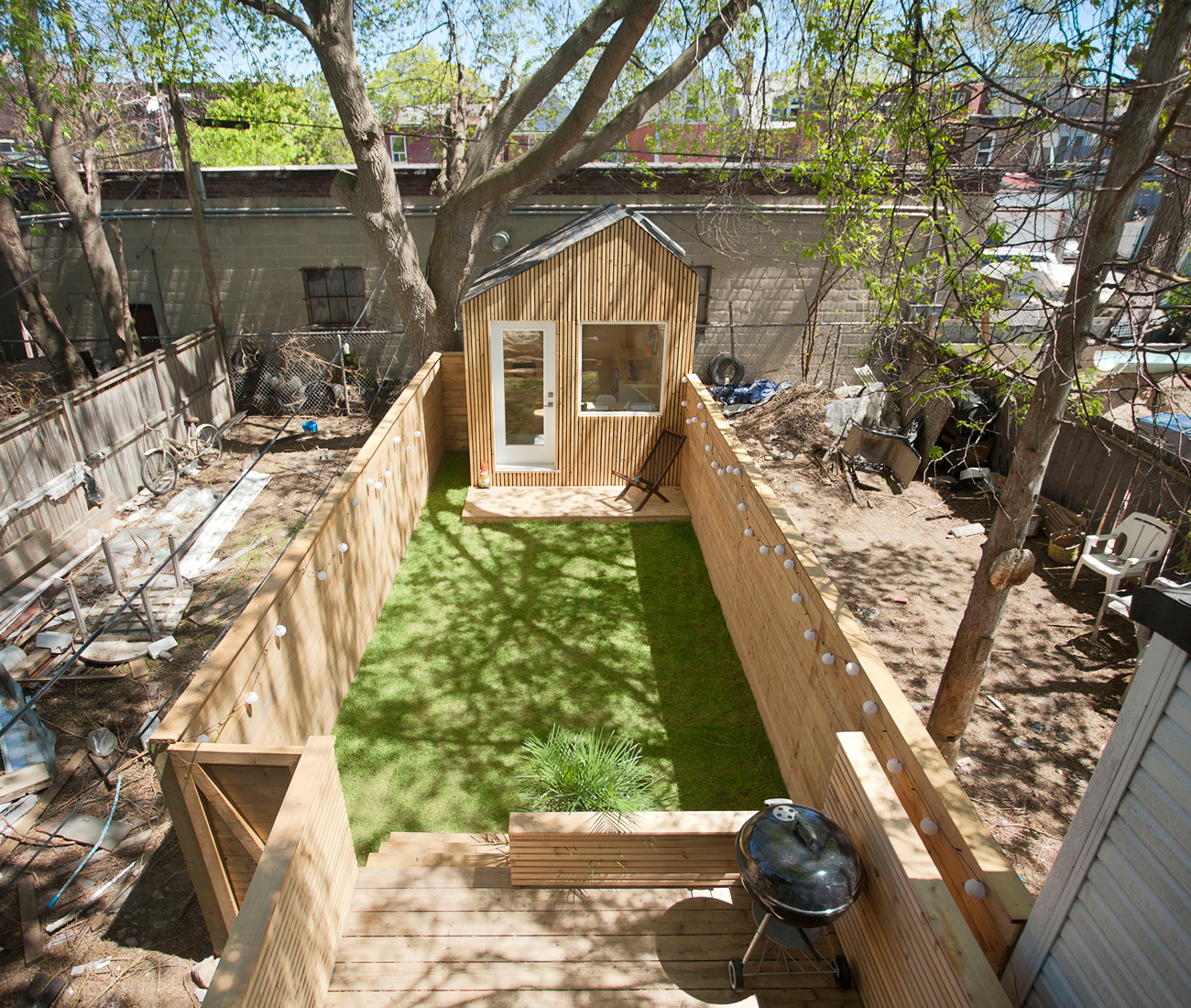 Things were not always this peachy on the family’s narrow lot – as the photo above shows. “Although we renovated the house, we never did anything with the backyard other than build a deck. It was a disaster beforehand, in the same state as the neighbours. The biggest obstacle was to clear the debris and create a level ground to build the studio and yard.” With that job done, Dang could focus on designing a shed that would tie into the lawn, fence and deck area. Wanting his new home office to feel like an extension of the semi-attached house rather than “a shed tucked away at the back,” he clad the shed with modern thin cedar strips. 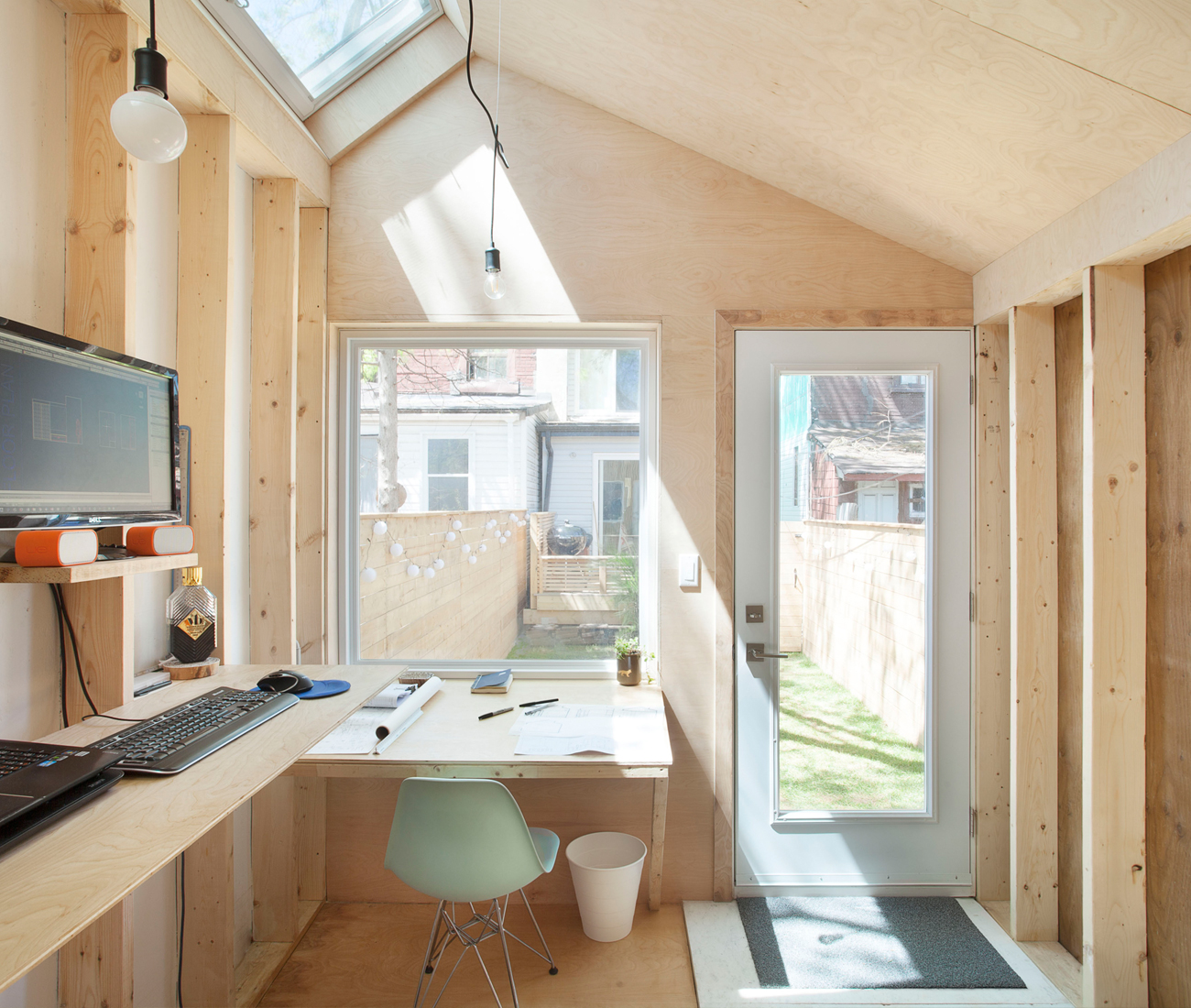 Inside, there’s a clear view of the home from Dang’s sunny drafting table, which, like the rest of the interior, retains the look of a true work shed. Dang chose functional materials like plywood with exposed wood studs that provide generous shelving opportunities and eliminate the need for cabinetry – a big money saver. Dang favoured the “expressive graining and colour” of Birch plywood for the walls, desk and floor because of its warmth, only choosing to break up the wood with a few slabs of Carrara marble  from First Canadian Place at the threshold. 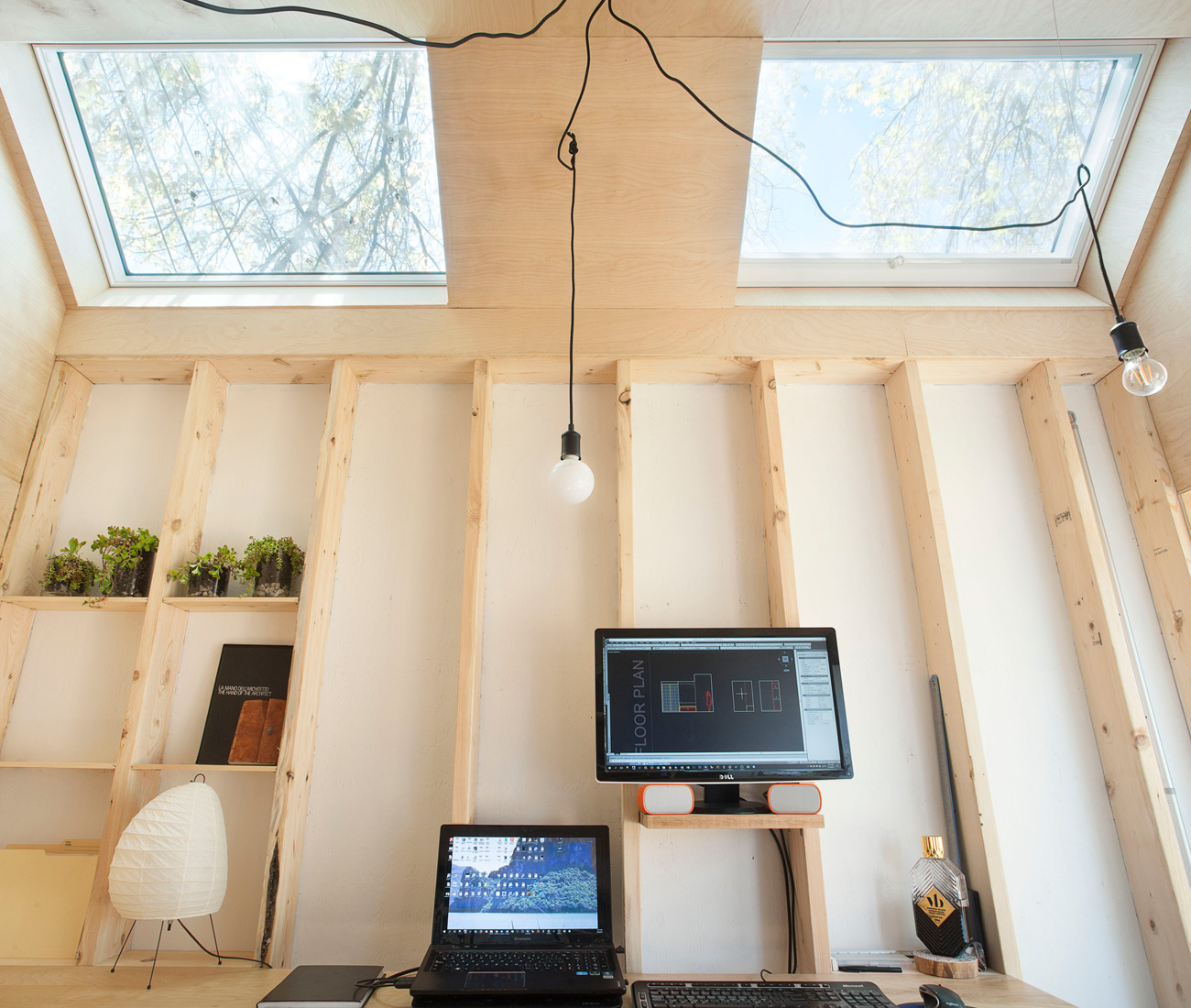 Although he could have made a simple lean-to, Dang saw this project as an opportunity to show off his chops – and have fun. So he created an off-centre peaked roof with two skylights (shown above) that dispel any thoughts of the boxy, dark work sheds in which many a family craftsperson toils. Dang is emphatic: “In the end, it looks simple, but simple does not need to be boring.”

Read how designer Mary Ratcliffe created a soaring bedroom in a closet in the first chapter of our Closet Space series, and then check out Boychuck Fuller’s DIY attic reno in Parkdale.