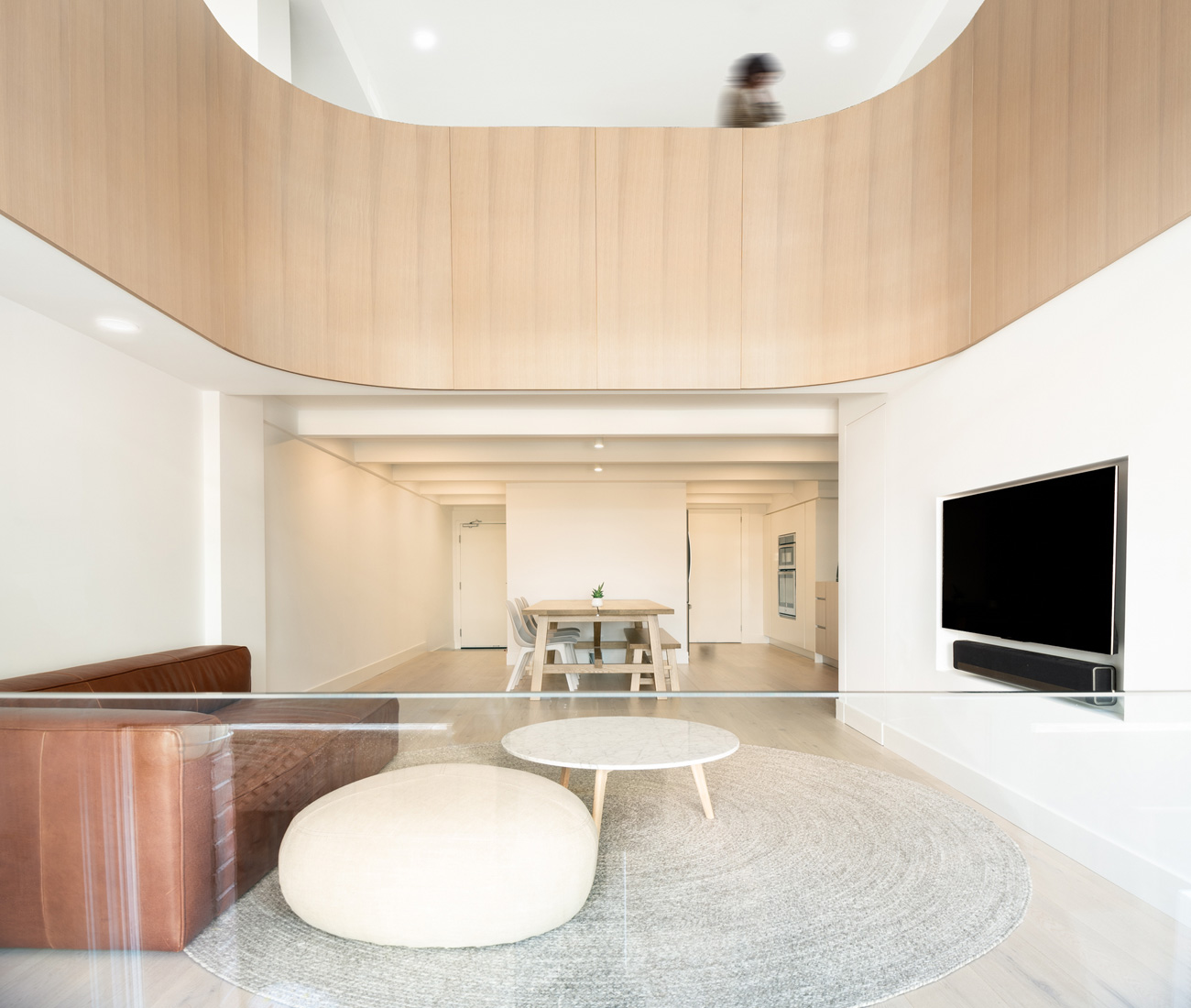 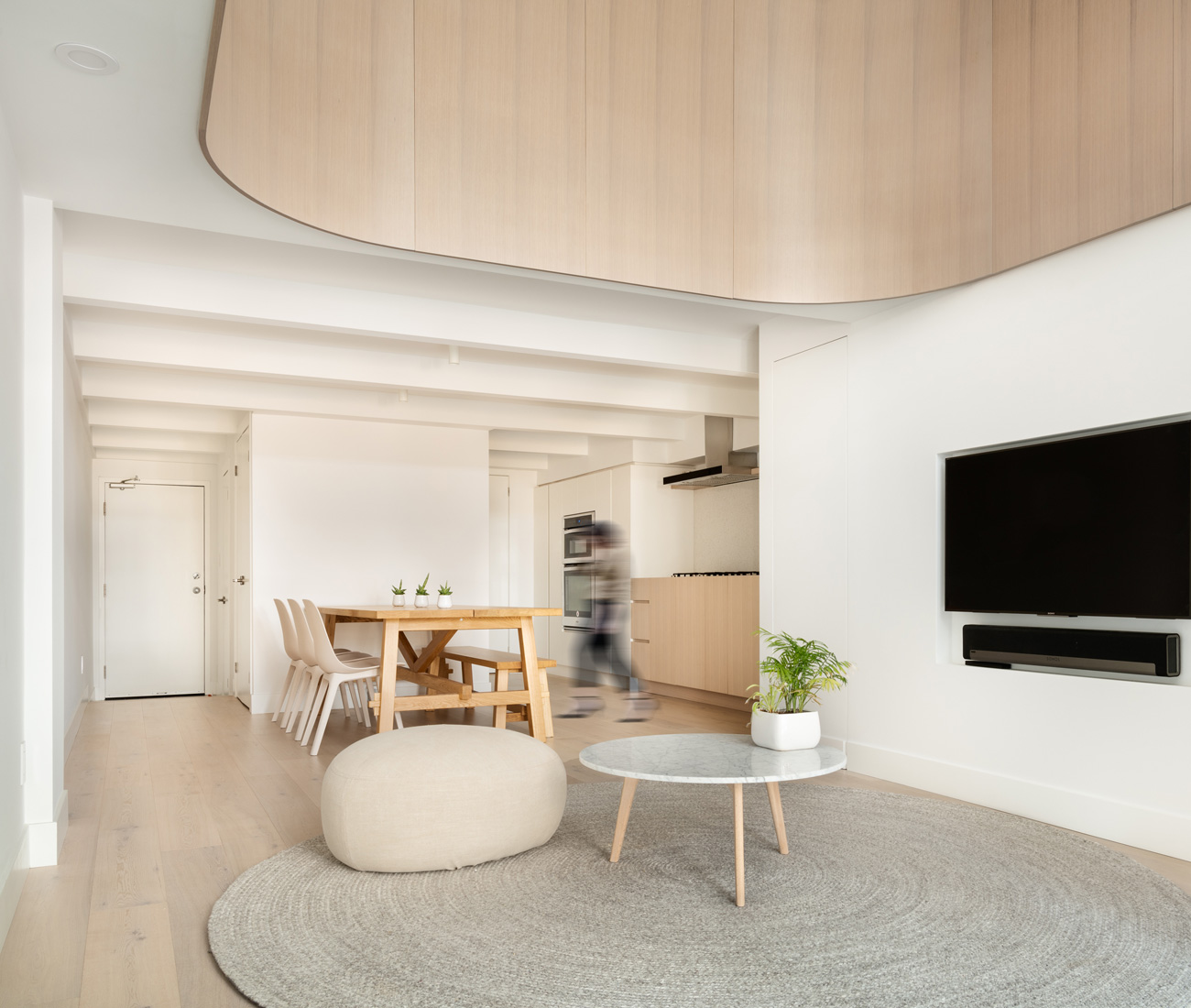 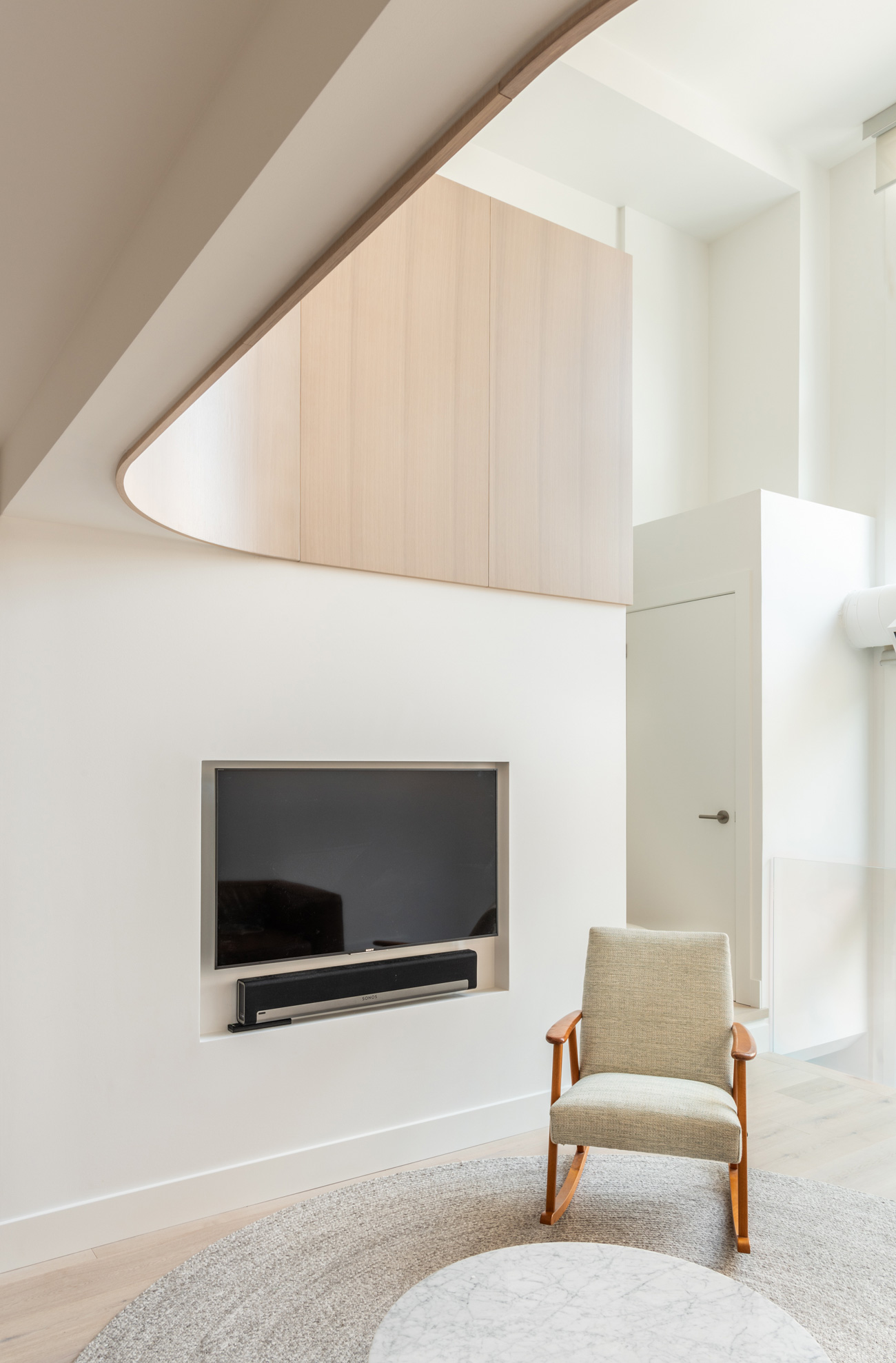 White oak flooring throughout matches the curved wall element and warms the otherwise all-white space. Rug from Article; the armchair is a vintage find. 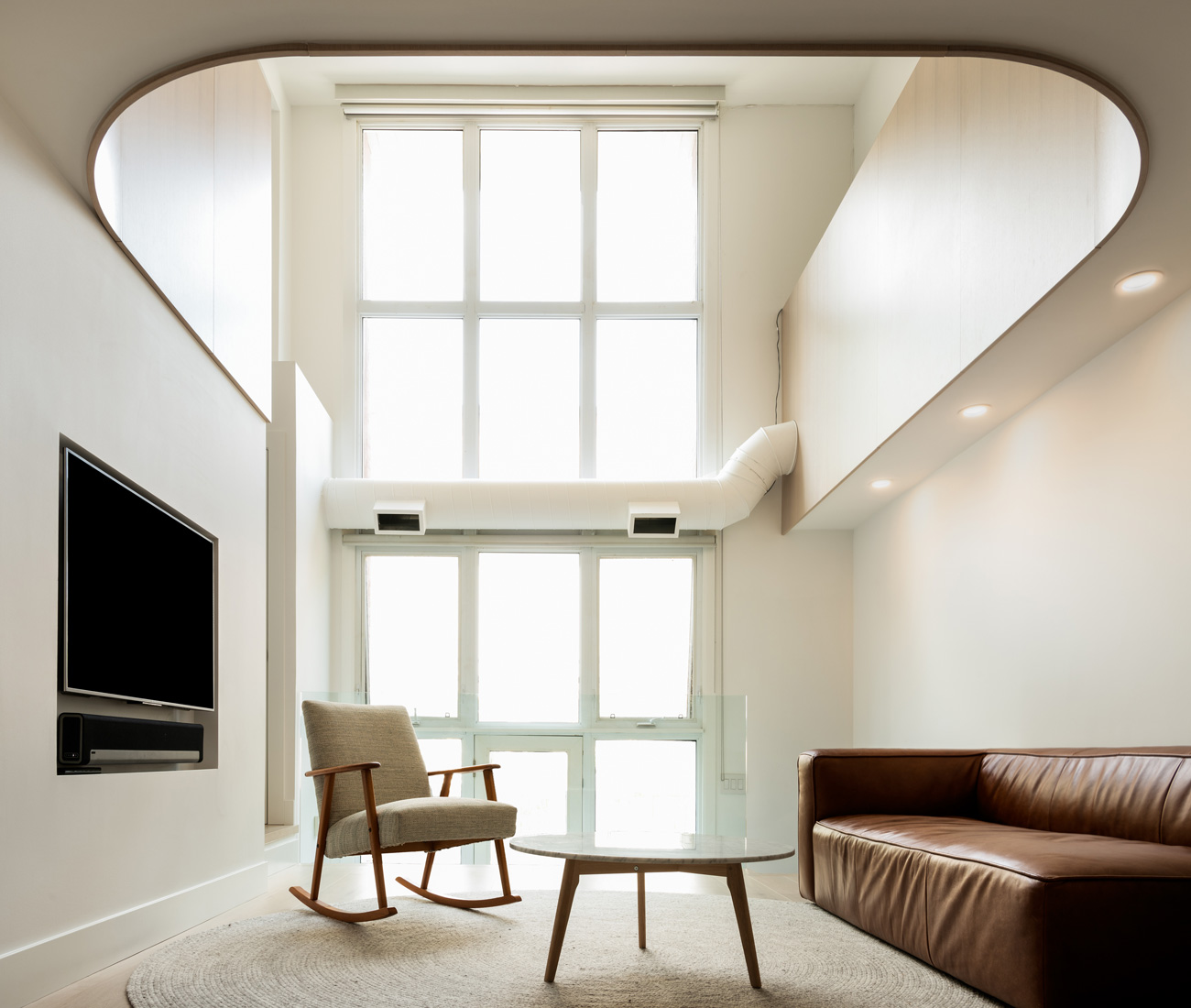 A view of the church conversion loft from the west-facing patio reveals its 3.6-metre-long curved wall element. Sofa, pouf, coffee table and rug by Article. 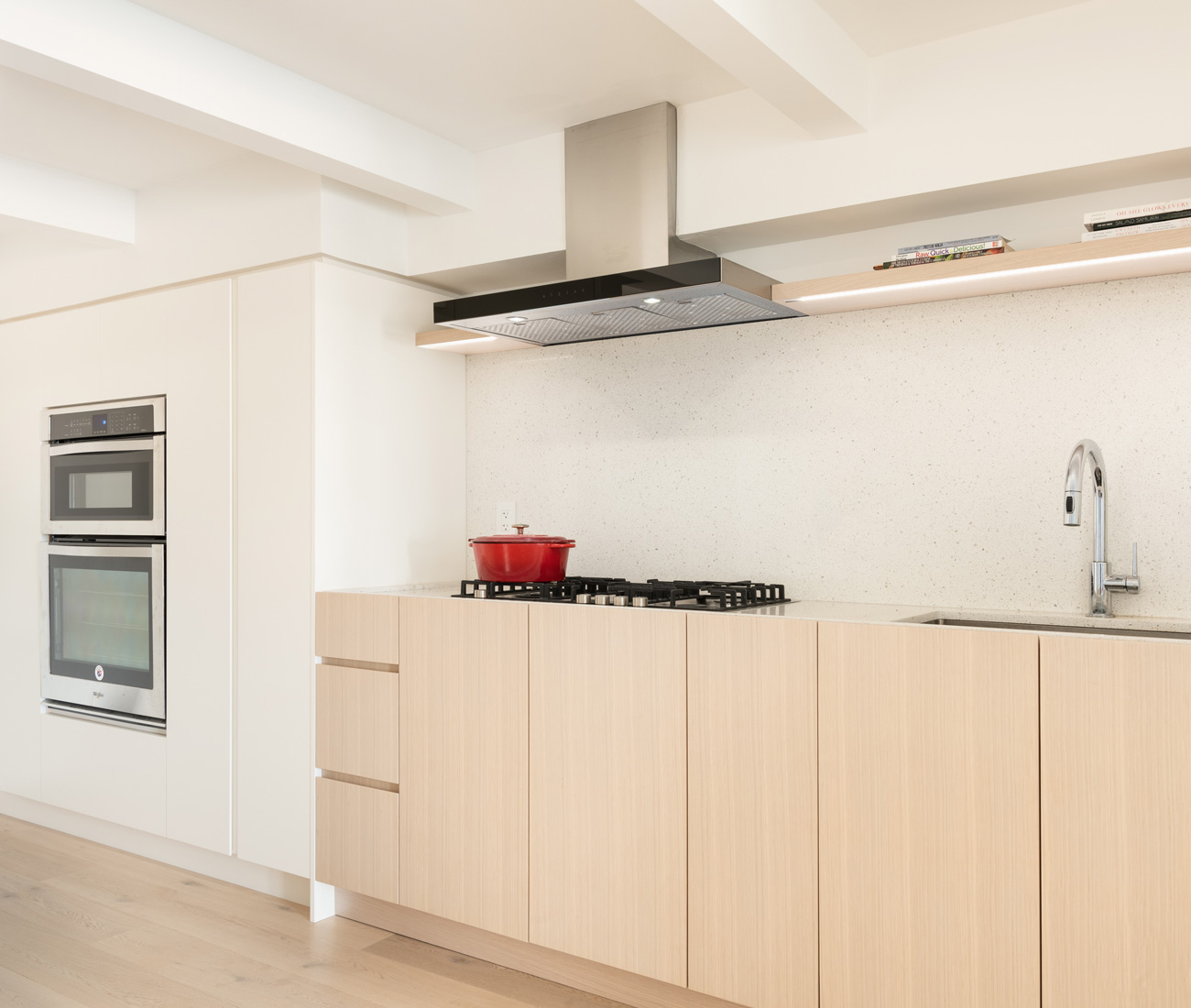 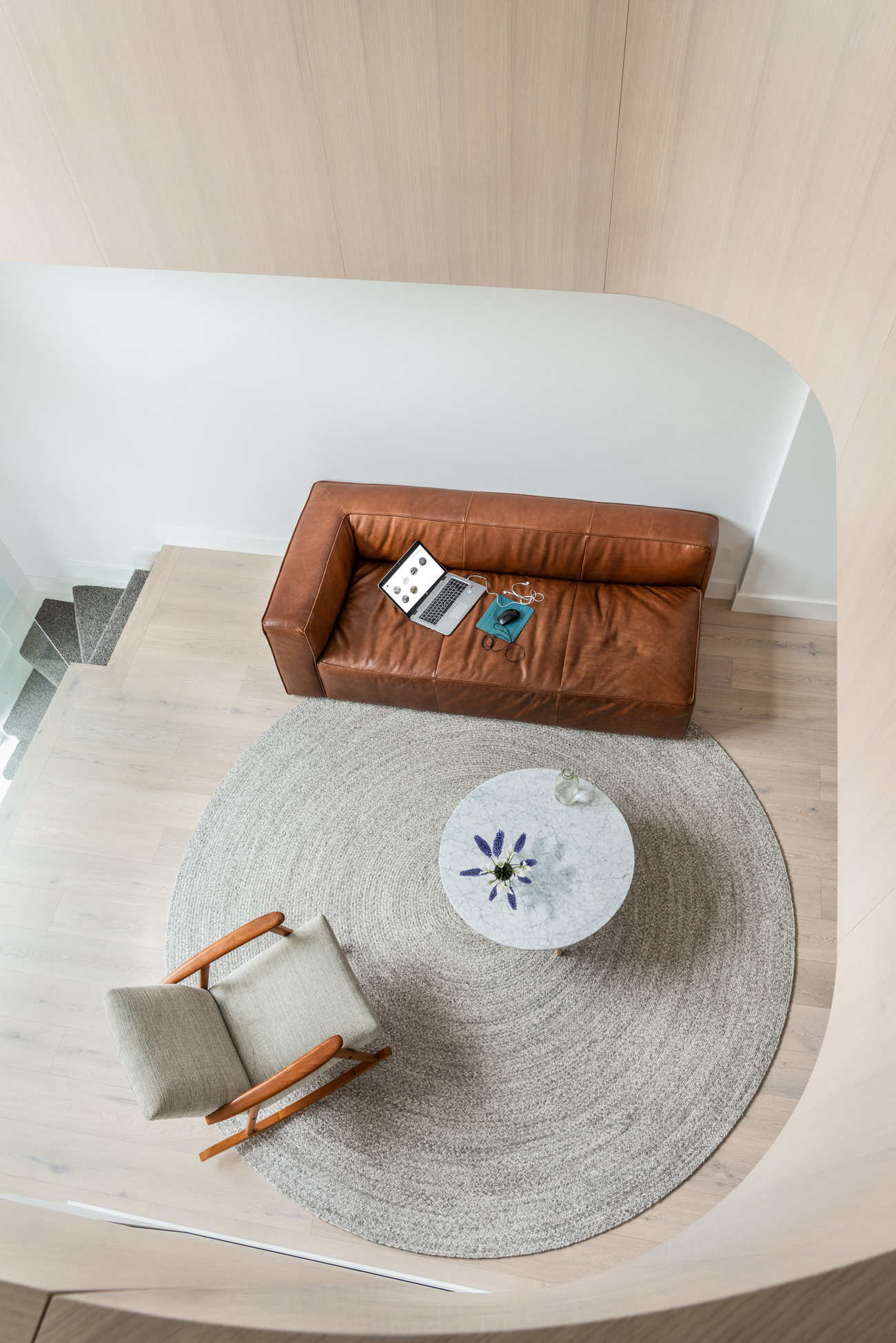 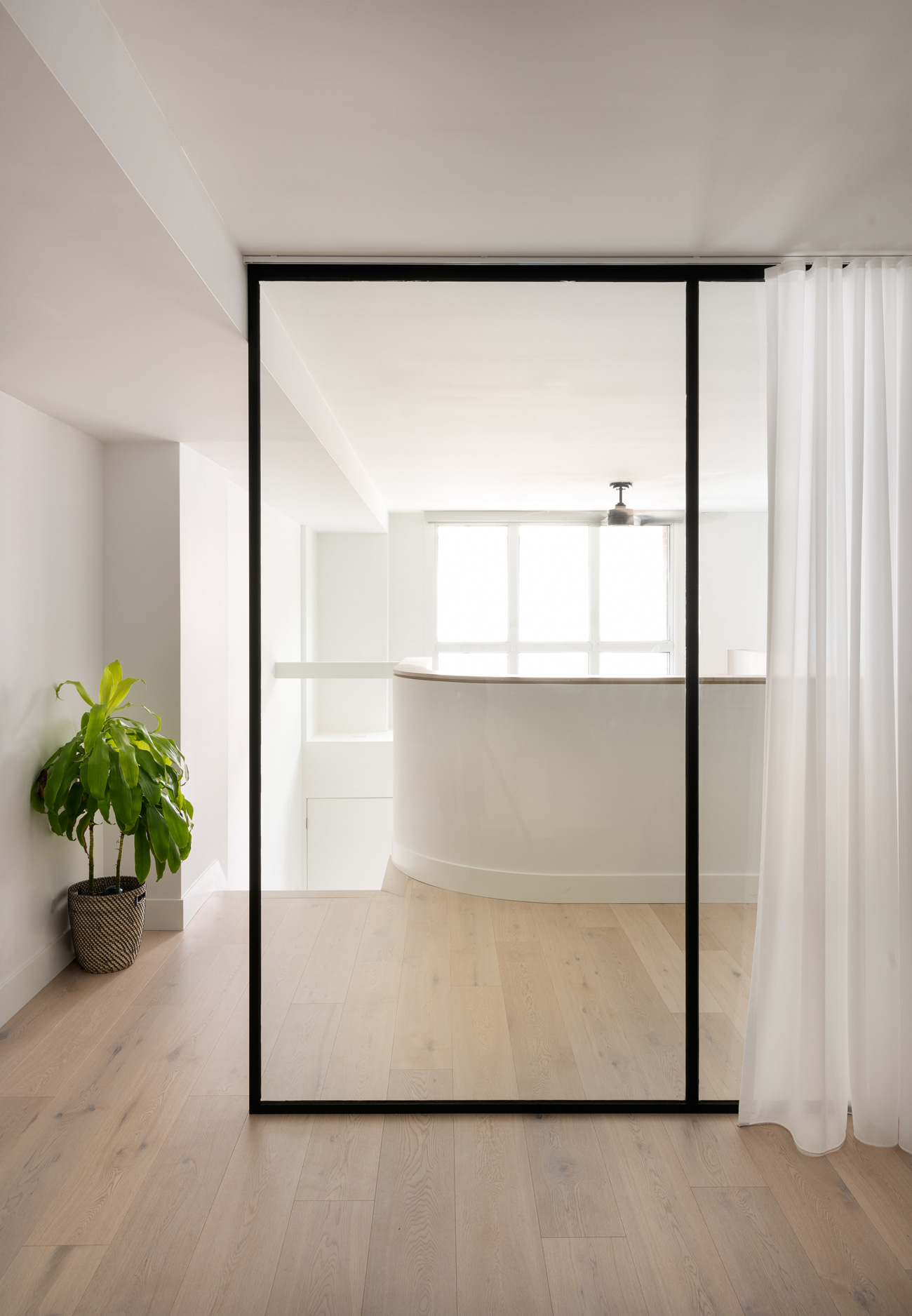 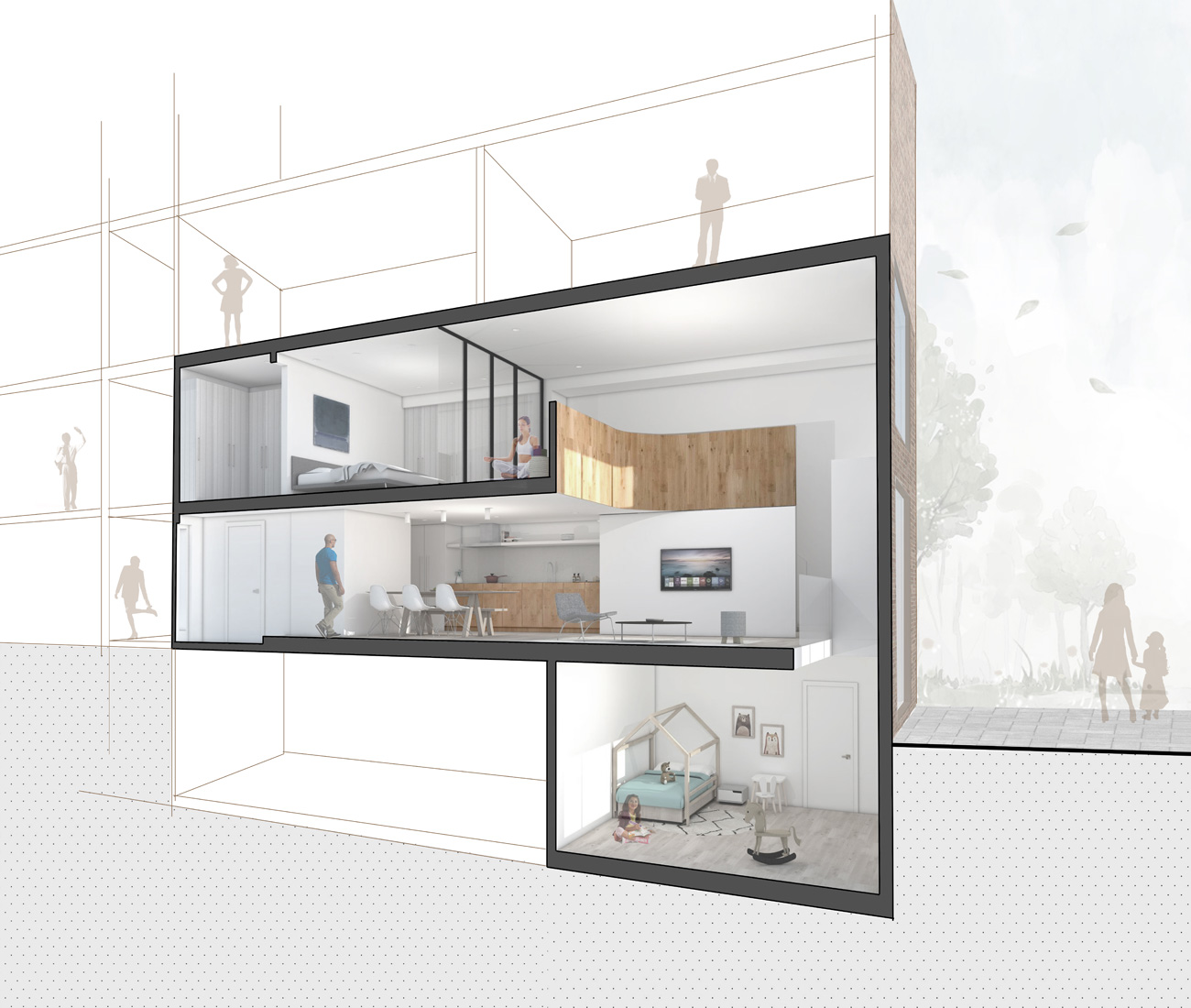 A young family of three was looking not only to renovate their 106-square-metre, two-bedroom loft in the city’s east end, but also to change up their lifestyle. “I started to learn more about minimalism and to think this would be a better fit for us,” says homeowner Corina Chevalier. After seeing StudioAC’s minimalist Broadview Loft project online, Chevalier and her husband were so impressed with the firm’s work that they gave the architects carte blanche when it came to the redesign of their three-level loft, which is situated in a converted church on Pape Street. The couple was tired of clutter overwhelming their compact living area. “It was a very different space before – much darker,” says StudioAC co-founder Jennifer Kudlats. “It had brick veneer and green paint. It was cute, but it had a very different feel.”

The renovation was a complete gut job that included the conversion of the entryway’s powder room into a full bathroom. For a couple that loves to entertain, StudioAC created a generous dining area, completely reorienting the kitchen in the process, and discarding the island that was cluttering up the area. To maximize storage space in a very active kitchen, a wall of custom cabinetry was designed to fit the family’s abundant supplies and conceal the less photogenic appliances, such as the dishwasher. The white oak seamlessly blends into the matching flooring, giving the space an illusion of the infinite. 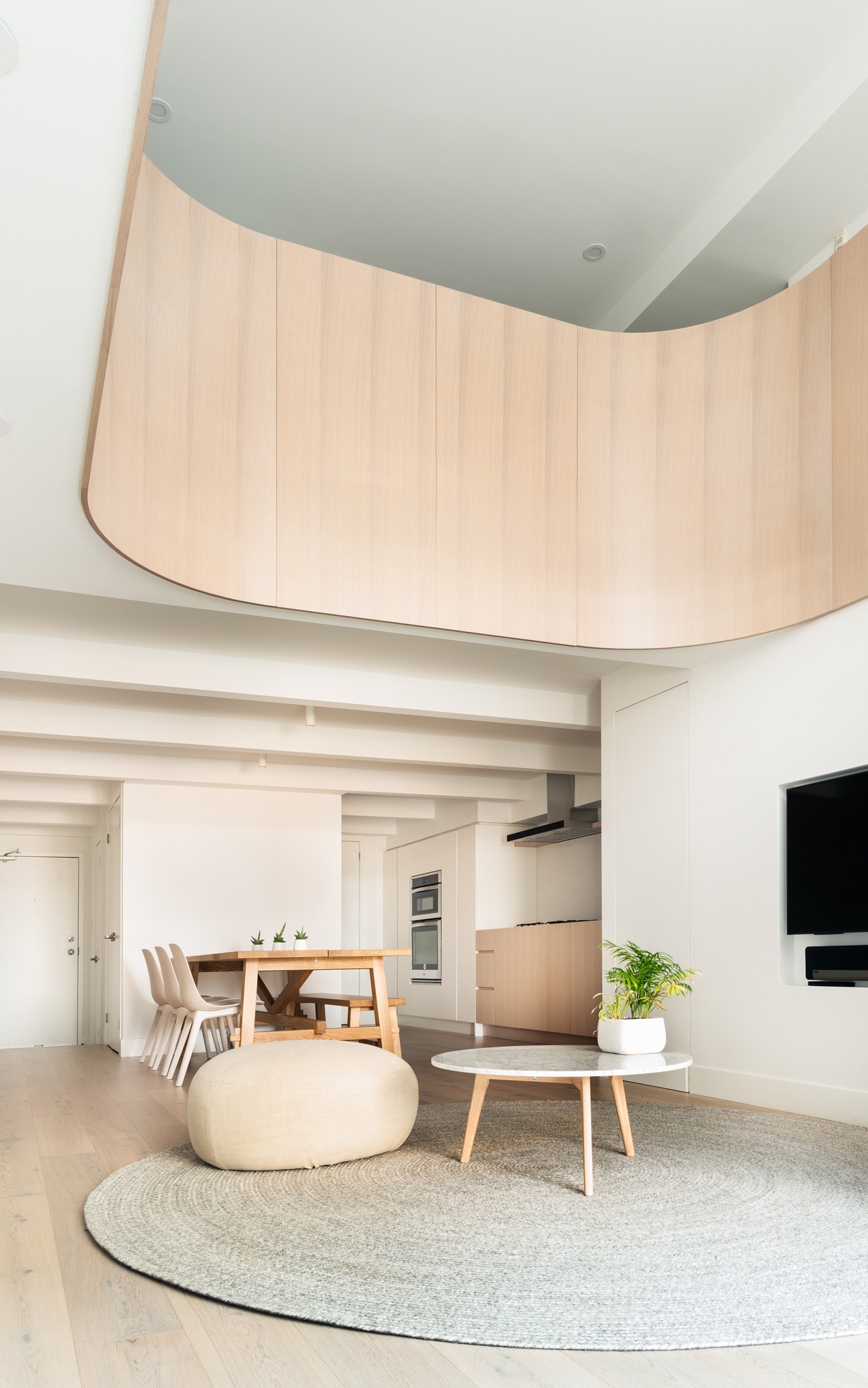 The living room was kept minimal to highlight the majestic effect of the double-height space. A striking 7.8-metre-long curved white-oak unit wraps around the loft space at the top of the stair. It was the one grand gesture that helped define the spirit of the loft. “Curving it was really about emphasizing the space, and creating something soft and iconic,” explains Andrew Hill, co-founder of StudioAC. “When the sunlight pours in, it softly hits that curve, which then reflects the light back into the space,” adds Kudlats. The staircase leads into a compact office separated by a glass wall from the master bedroom and ensuite.

To bring StudioAC’s vision to fruition, the family truly embraced minimalism, purging most of their belongings and starting fresh. “This is something I really wanted to do, but didn’t know how to achieve,” says Chevalier. “The space is just so serene and calming, exactly where my mind is now.”

Originally published in The Reno Issue 2018 as Round Two. Get it here.