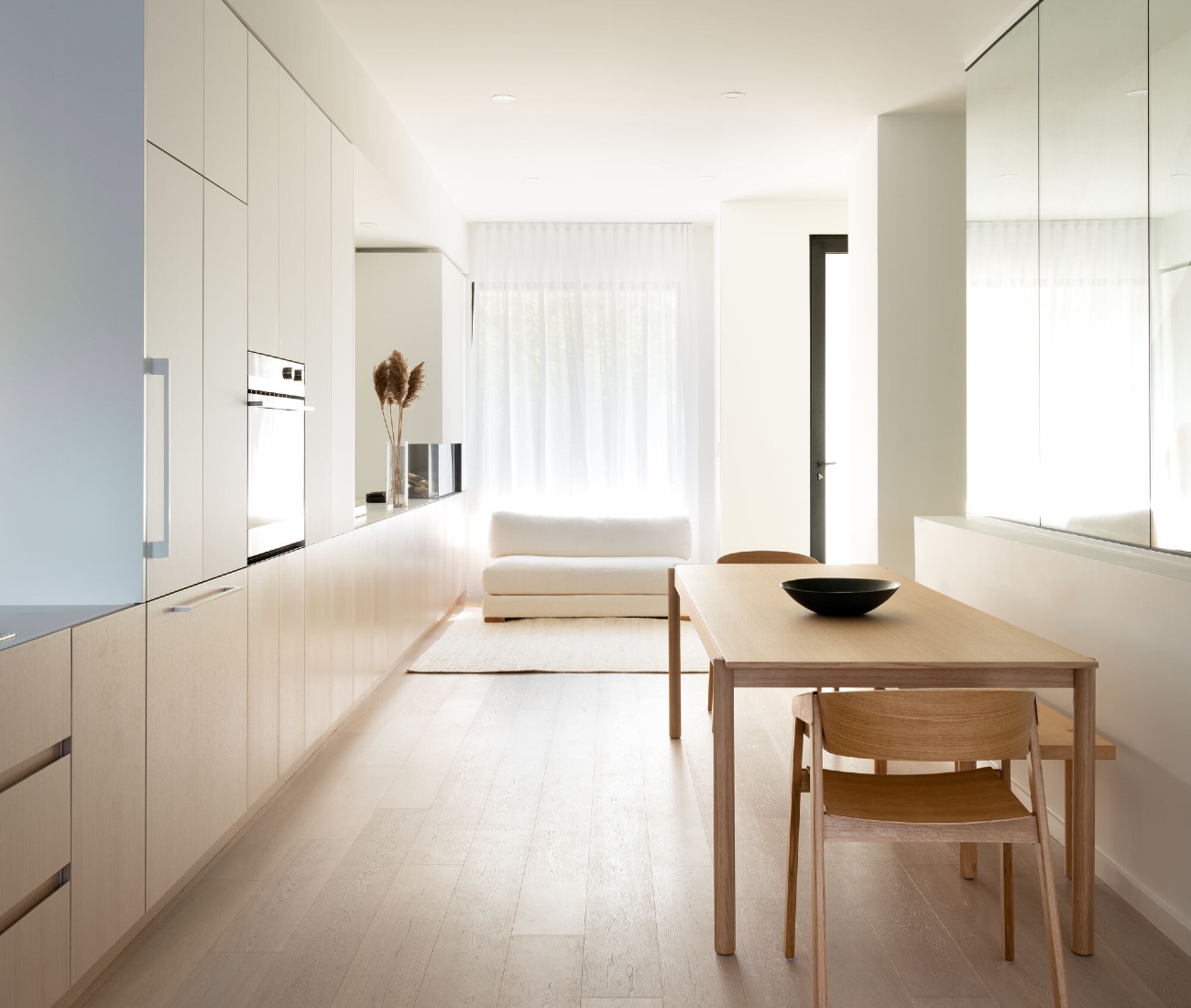 Faced with a narrow floor plate, StudioAC was forced to re-think what their clients wanted

The team at StudioAC knew they wouldn’t include a kitchen island in the reno of this Annex-area Victorian. It was one of the few things the client, a newly married couple with a child on the way, had specifically requested, imagining themselves gathering around it with friends and family. While technically feasible, at just over four metres wide the home was just too narrow to reasonably accommodate it.

Instead, the team forgot about specifics and focused on the desired experience. Their client didn’t want an island, they reasoned; they wanted a place to gather. In their early, island-less renderings, they had already included a dining table, and then it hit them: the client already had what they wanted. “That really is the sentiment: moving away from objects and toward experiences,” says StudioAC co-founder Jennifer Kudlats, who spoke to DL about the project. “So how can a physical space help foster that?”

The rest of the home, built out by Stein + Regency and Woodstudio, answers Kudlats’ question (and, of course, accommodates its narrow floorplate). Taking a minimalist tack, the first storey was stripped of partitions, which invited natural light in – despite being narrow, it stands nearly 16 metres long – while leaving it open and flexible. Counter-height millwork runs the length of one wall, from the living “room” through to the kitchen, housing a fireplace, television and a suite of fully integrated appliances. The gesture maximizes functionality while reducing clutter, leaving the open-concept space ready for anything (which these days, is a recently mobile toddler who has taken to running through it at full tilt).

What the home lacked in width, it made up in soaring ceiling height. Taking advantage of the abundance, unadorned white oak wainscotting was installed, maintaining the home’s pared-down palette throughout. StudioAC carried the look up through to the third storey, which is given over to the main bed and bath (and which we covered previously). The effect, Kudlats says, is not unlike a cozy, welcoming hug, and what more does one want from home than that? ARCHCOLLAB.COM