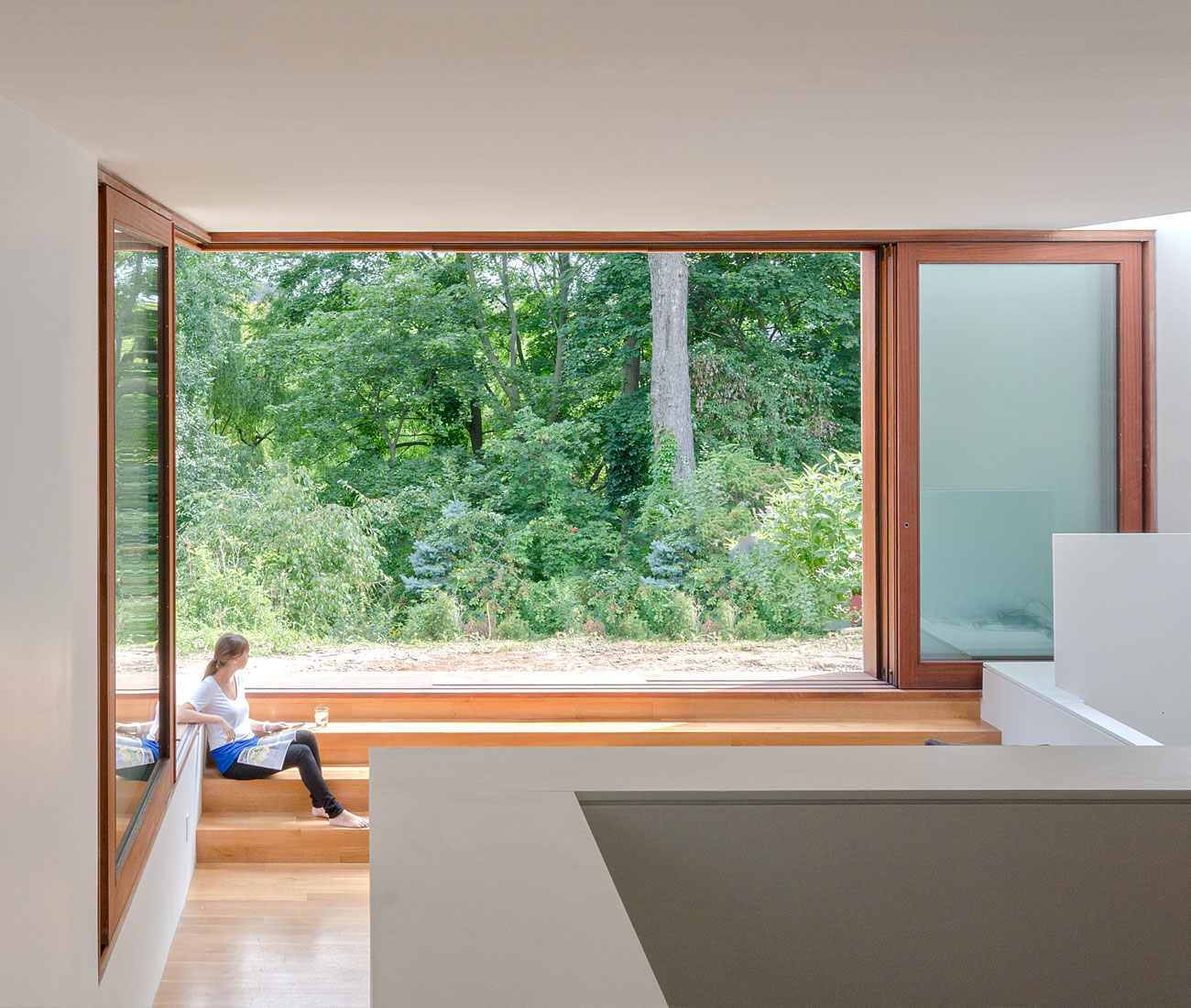 As a gateway to the outdoors, Bala House by Williamson Williamson Architects is a force of nature

Nestled in the upper plateau of a lush ravine, this house – a new build by Williamson Williamson Architects – balances awe-inspiring space with functionality. Called Bala House for the decommissioned rail path it faces, the challenge was to pay homage to the site while providing a cozy space for day-to-day living. The firm knocked it out of the park. 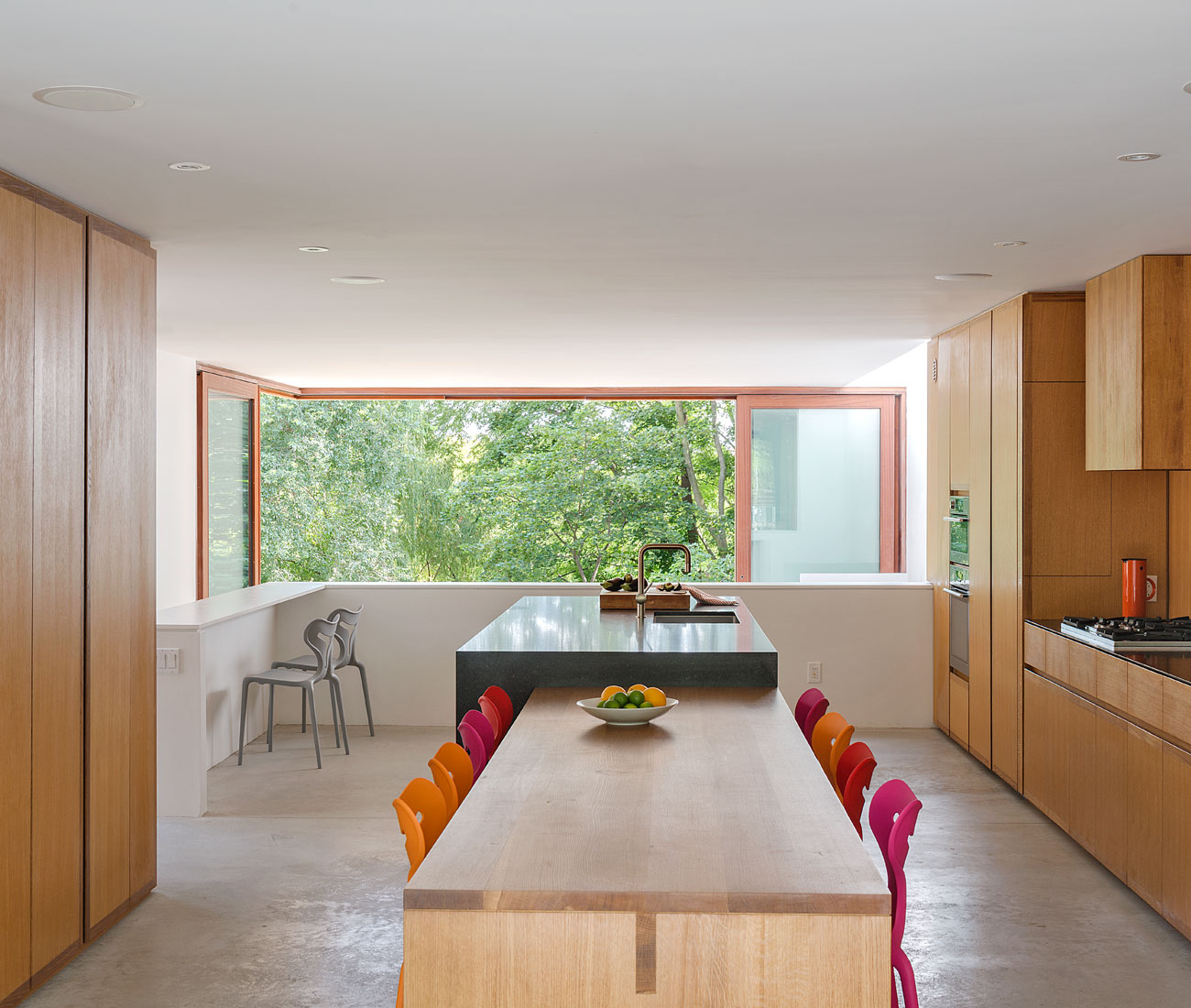 Built to mimic the feeling of stepping down towards the ravine, the house’s south-facing living room is sunken for added height and light. Though open in plan, the living room achieves intimacy and separation from other house functions with built-in storage units. 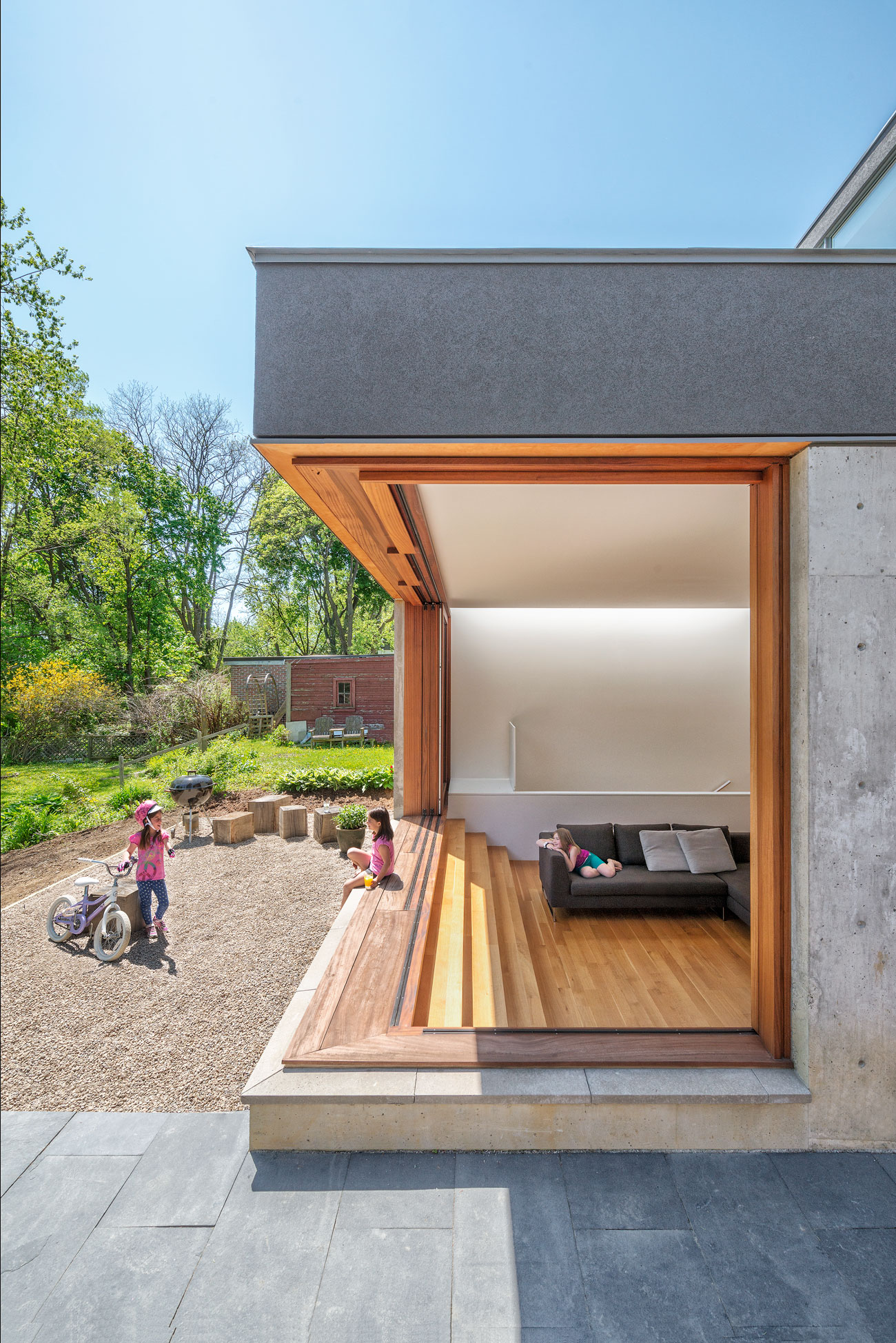 Wrap-around Sapele Mahogany and glass sliding doors neatly tuck away to reveal a cantilevered corner, making the forested rear yard a seemingly natural extension of the home. White oak floors add warmth to the space with graduated steps that provide no shortage of seating for entertaining larger groups. 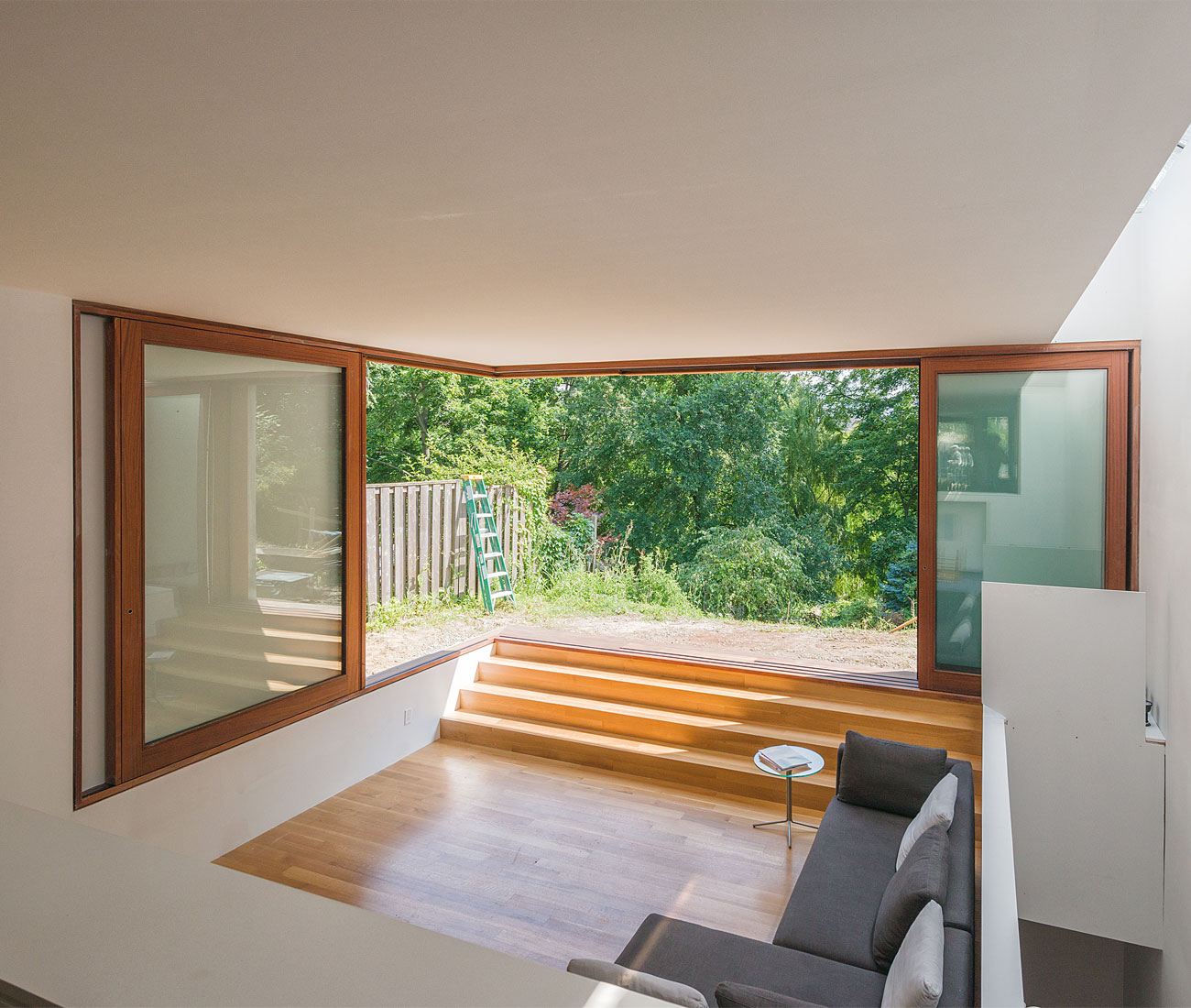 Originally featured in our Designer of the Year 2019 issue as Williamson Williamson. williamsonwilliamson.com 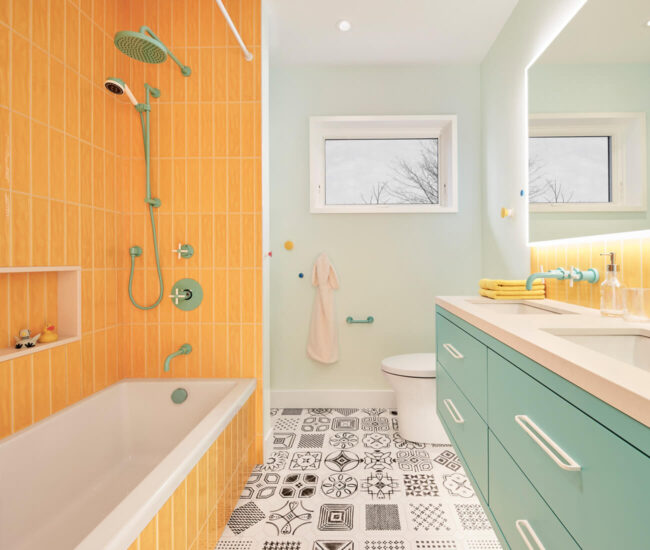