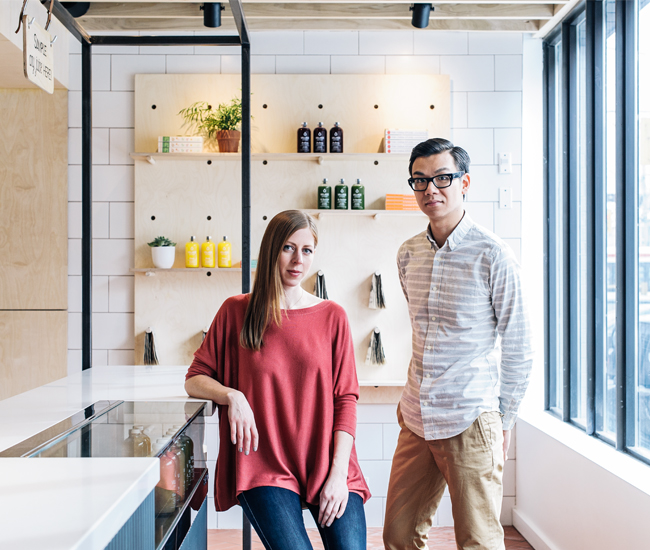 Azure’s 30th anniversary issue dedicated to Toronto recently recognized five local firms that are climbing to new heights. DL readers are sure to spot a few familiar faces amongst the featured assortment – many of the chosen designers have also been profiled in our pages, or been the recipients of our annual DL Loves tags handed out during Design Week.

Below, see our sister publication’s selection of next-generation design firms in Toronto. 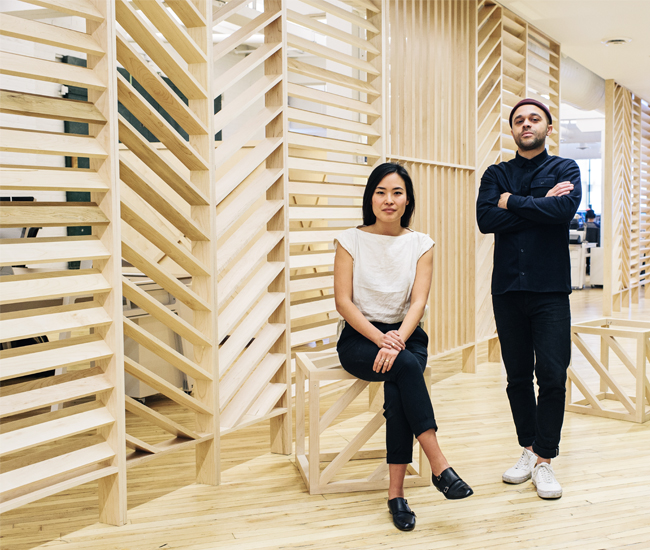 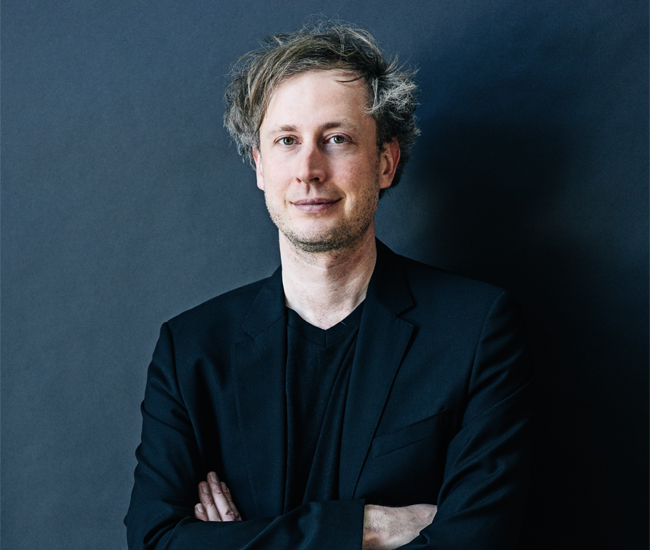 3 Mason Studio
Every January, we look forward to discovering what new installation Stanley Sun and Ashley Rumsey have dreamt up to delight Design Week attendees. In 2014, the design firm collaborated with ALSO Collective to create an ethereal meditation space as part of the Gladstone Hotel’s Come up to My Room exhibition. Last year, they enchanted us with a perfectly-propped farmhouse dining environment built for Design Exchange’s Dinner by Design fundraiser. Their commercial work is just as impressive: they’re shown here in the Little Italy storefront of Village Juicery, which they designed to reflect a clean-living ethos. Recent highlights include a cabin-inspired condo model suite and the Roncesvalles outpost of Village Juicery. 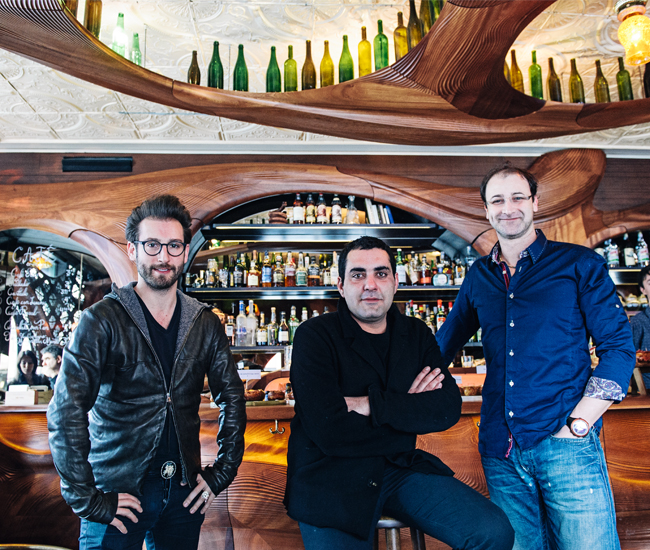 4 Partisans
Apart from being the authors of our favourite comic of 2014 (we’re still crossing our fingers for a big-budget film adaptation starring Chris Hemsworth), Partisans recently helped Bar Raval achieve one of the buzz-iest restaurant launches Toronto has ever seen. Jaws dropped when the College Street pintxos bar opened its doors last February. Inside, a swooping mahogany structure wraps around the walls and ceiling like an elegant exoskeleton. The architecture firm is now at work on a similarly avant-garde design for the food and retail concourse soon to open at Union Station. Designers Alex Josephson and Pooya Baktash have also made a recent foray into lighting design – look for their sculptural Gweilo pendant hung above the staircase at GE Monogram’s uptown showroom. 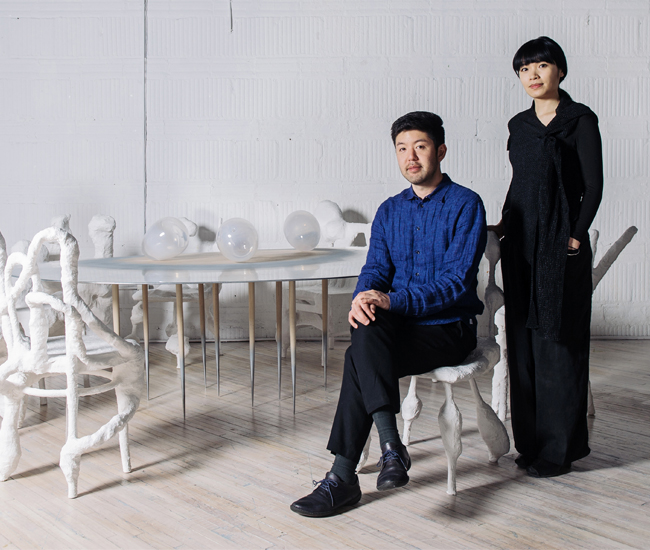 5 UUfie
Eiri Ota and Irene Gardpoit’s otherworldly dining environment was a serious standout at last January’s Dinner by Design event. Combining misshapen chairs with a brushed aluminum table set on tapered legs, the captivating setup was the latest from a firm known for its inventive, sophisticated designs. Past UUfie projects include an A-frame cabin with a mirrored terrace in Ontario cottage country and a geometric facade for the Shanghai flagship of fashion retailer Ports 1961. Stay tuned to see what they have in store for an upcoming residential project in Toronto.