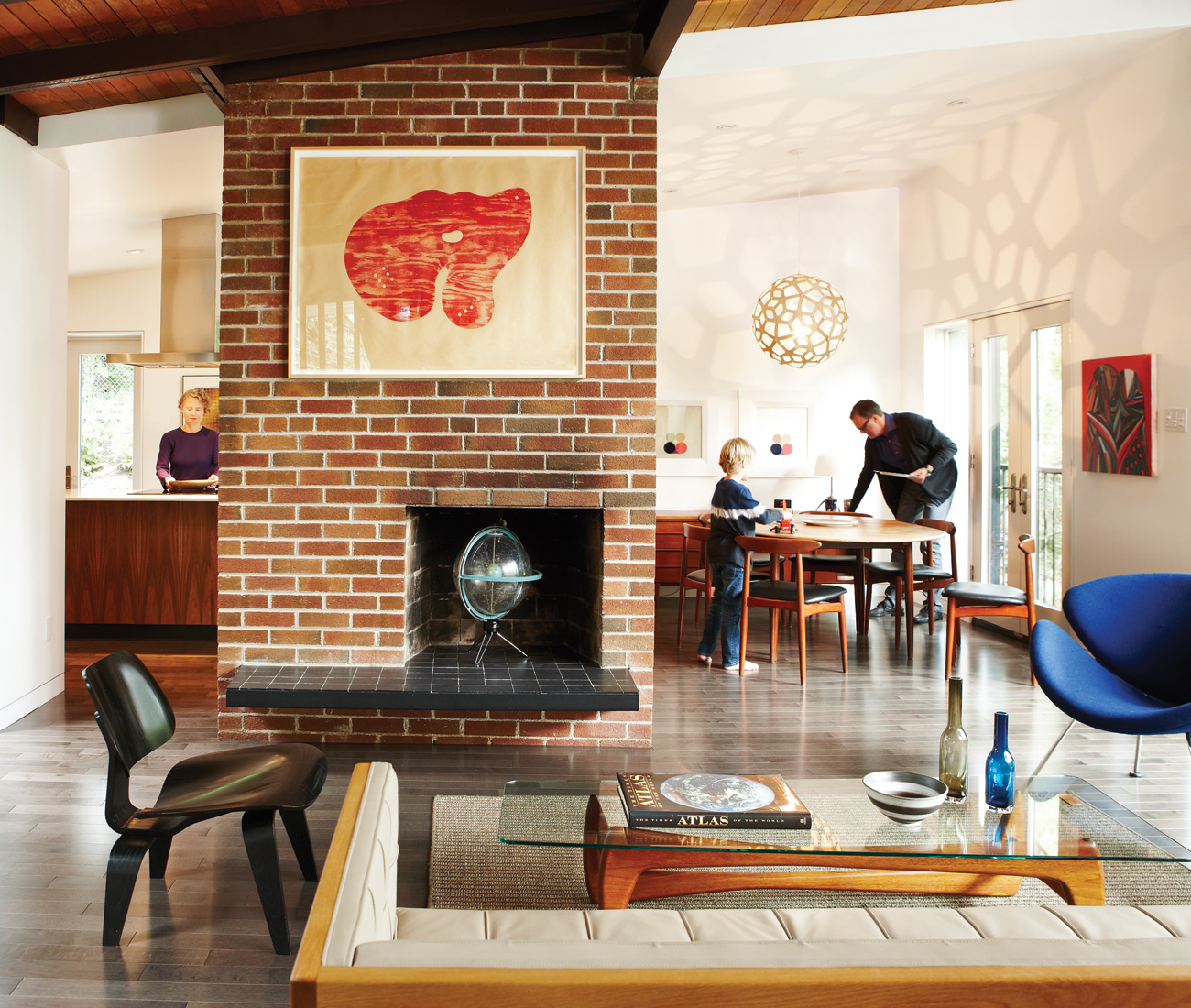 Mid-century bungalows are often brimming with charm. Thankfully, these architects and designers decided to preserve it

How many bungalows have been torn down to make way for sprawling suburban chateaux? Too many, we reckon, which is a shame considering how many mid-century gems went up during the GTA’s postwar housing boom. Case in point, the following four homes. Each bungalow possesses a period charm that, thanks to mindful renovations, hasn’t been lost. Instead, it has been accentuated and re-contextualized with modern features that fill out around the bungalows’ mid-century design principles and details. The results speak for themselves. Read on to check out the homes.

When they told people where they lived, Anda Kubis and Dean Martin often heard a simple refrain: “Oh, it’s that house.” The uniform response is a result of their distinctive mid-century bungalow. Designed in the ’50s, it features a sloping roofline, exposed steel beams and a generous allotment of brick and cedar. It’s not all old school, though: a conservative reno by LGA preserved its attractive silhouette while re-arranging the interior, blending its sought-after architectural details with a modern, open-concept layout. See the reno here.

Built in 1951 and treated to a disjointed reno almost 50 years later, Atelier Kastelic Buffey, which typically handles new builds, saw potential in its original floor plan and jumped at the chance to treat this bungalow to the renovation it deserved. AKB‘s big-ticket changes included pushing an exterior wall out by two feet out and aligning the jagged roofline, which consolidated disjointed spaces and made room for a new Bulthaup kitchen. Other features, including enlarged windows and custom millwork, flooded the renewed home with natural light while lending plenty of minimalist functionality. See the reno here.

After graduating from empty-nester status, Edwin and Melinda Santiago brought in Post Architecture to “right-size” their humble bungalow. By adding a loft-like second storey, where the bedrooms were shifted to, Post Architecture opened up space for an expansive kitchen and living space that, beneath a double-height dormer, feels cathedral-like despite the home’s small footprint. And while thoroughly contemporary inside, the exterior’s grey-stained brick and Hardie board siding respects the neighbourhood and streetscape, hinting at – rather than shouting about – the home’s modern update. See the reno here.

It took time for Laird Kay and Raymond Girard to find the right architect to renovate their newly purchased Burlington bungalow. The initial interviewees promised overhauls that, while impressive in scope and concept, was not at all what they wanted. Then along came design-build firm Ben Homes, which proceeded to design like it was 1959. Narrow plank flooring, teak panelling, exposed beams, shiplap siding, a lively, colourful palette – all of it felt in line with what Kay called the “suburban fantasy” of the couple’s new hood. See the reno here.