On May 28 and 29, take advantage of Doors Open Toronto for free access to some of the city’s most impressive buildings

For two days, many “Authorized Personnel Only” signs become purely decorative as Torontonians are granted a backstage pass to office towers, television studios and other local institutions typically off-limits to the public. In total, more than 130 buildings are welcoming guests over the weekend. While repeat favourites such as the art deco R.C. Harris Water Treatment Plant and the First Nation lodge-inspired Native Child and Family Services centre are sure to draw a crowd, this year’s list of sites also includes a number of notable new additions.

Below, we round up five first-time participants that offer a look at Toronto’s changing urban landscape, plus other ogle-worthy destinations. Find all of our Doors Open Toronto 2016 must-visits in the interactive map below.

For another contemporary reimagining of a heritage property, visit the MaRS Discovery District. Anchored by the brick façade of the original Toronto General Hospital, the life sciences and tech hub recently expanded to include a B+H Architects-designed glass tower that’s recently become the Canadian headquarters of Facebook. 101 College St, Sat & Sun 10-5

2 Explore an academic facility at the top of its class
School may be winding down for the summer at York University’s Lassonde School, but there are still plenty of engineering lessons to be learned from the faculty’s radical new Bergeron Centre designed by ZAS Architects. Take, for example, the cloud-shaped structure’s undulating facade, which is clad in triangular glass panels laid out according to a math algorithm. Or the high-bay materials lab, a poured concrete cube “building-within-a-building” that uses metre-thick floors and walls to minimize noise and vibrations from technical simulations. Both features are sure to inspire the next generation of engineers to dream big. 11 Arboretum Ln, Sat & Sun 10-5

3 Tour a modern home with expert detailing
Boutique developer Modernest creates houses that appeal to buyers seeking turn key properties with a twist. Designed by Kyra Clarkson Architect, the mid-market developments feature contemporary facades, but are not so stark as to annoy their historic neighbours. Handsome black-stained pine siding and wood-framed windows add curb appeal to this boxy new build in Harbord Village – and even more smart moves await inside. A skylight above the open-tread staircase illuminates the crisp white interiors, while at the back, a cantilevered second storey extends out over the back patio to provide cozy coverage from the elements. 287 Brusnwick Ave, Sun 10-5

For another modern residence, check out Studio Junction’s Courtyard House. The warehouse-turned-laneway home(/office) is named for an internal courtyard carved into the second storey. See for yourself why it won an OAA Design Excellence Award back in 2009. 2087 Davenport Rd, Sat & Sun 10-5 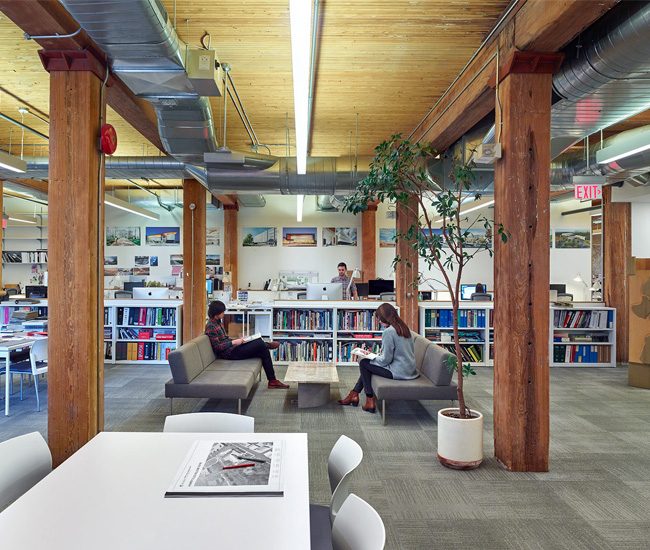 4 Get a look at a renowned architecture firm’s creative process
Time to find out if Moriyama and Teshima Architects’ George St. office is as calm and orderly as the firm’s acclaimed museums and academic buildings. Our guess: yes. Originally a 1920s paper manufacturing facility, this repurposed warehouse retains its industrial roots with exposed brick walls and post beam framing, but adds in a few soothing modern touches – such as a fishpond filled with koi. Look for renderings and wooden models of past projects on display throughout the open concept studio. 117 George St, Sun 10-5

As an added bonus, two of MTA’s most striking designs, the Bata Shoe Museum and the Aga Khan Museum, are offering discounted admission during Doors Open.

For more designers’ workspaces, stop by the studios of Atelier RZBLD, Denegri Bessai Studio, DTAH (shown here), Hariri Pontarini, Teeple and Zeidler. The Ontario Association of Architects is also welcoming visitors to its Don Mills headquarters, where an exhibition of 2016’s OAA award winners will be on display. 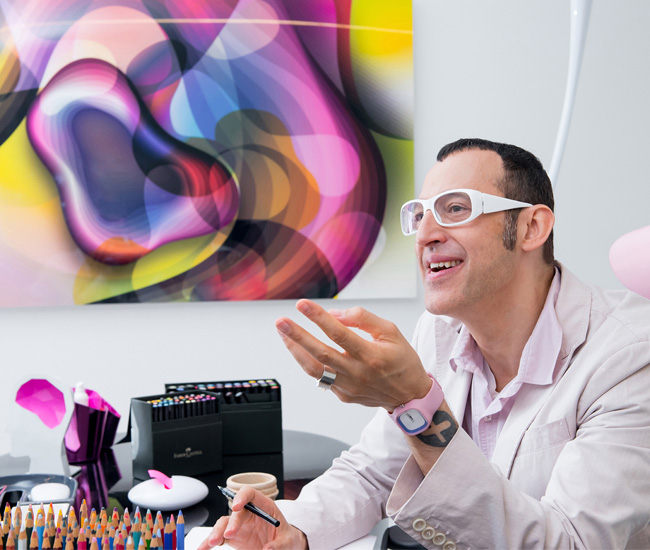 5 Hear from an international design star
Industrial designer Karim Rashid kicks off this year’s edition of Doors Open by delivering the event’s first-ever keynote at the Design Exchange on Friday night. In the Toronto Star’s recent interview with the prolific creative, he offers some clues about what he may discuss in his talk, titled “The Future of Design.” Specifically, Rashid calls for an end to society’s fear of the present – which he sees as driving hipster nostalgia for retro designs. Perhaps his lecture will convince a few audience members to follow his lead and adopt a boldly contemporary all-pink wardrobe. 234 Bay St, Fri 7:30 pm 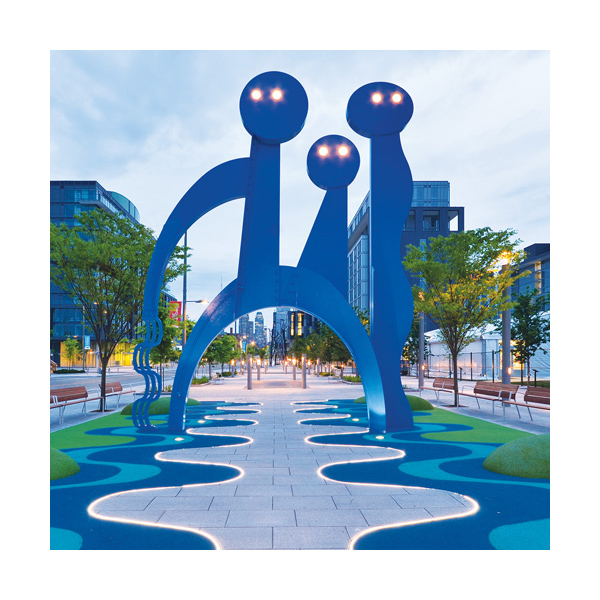 For more commentary from the design community, join one of Doors Open’s new walking tours. Representatives from Waterfront Toronto guide a stroll through the West Don Lands, highlighting how public sculptures such as Daniel Borins and Jennifer Marman’s playful trio of figures, The Water Guardians, have played a role in rejuvenating the neighbourhood. Sat & Sun 10 & 2 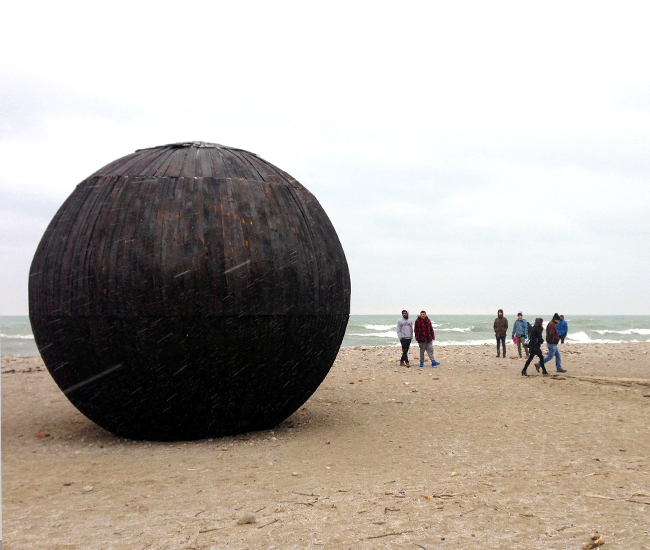 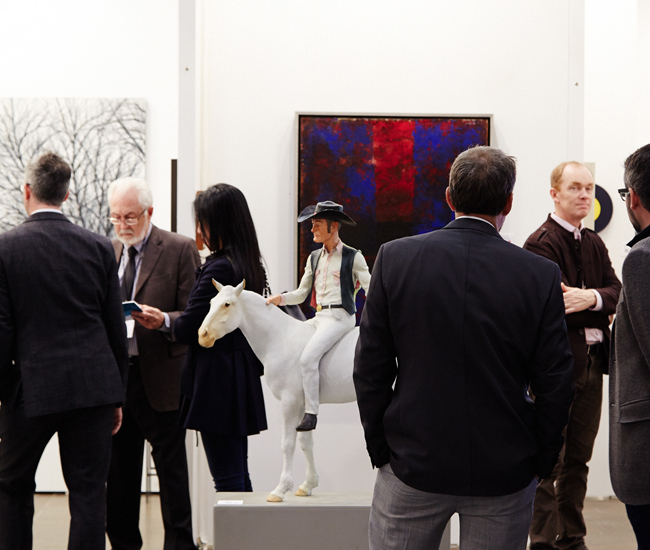